Football Research in an Enlarged Europe

Journal n°29, by the Think tank Sport and Citizenship 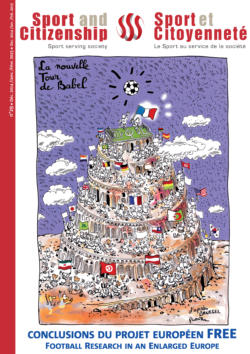 The FREE project, led by ESSCA Management School with Sport and Citizenship as a partner, will be holding its closing conference on 15 March in Brussels. The objective of this project was to develop a better understanding of the extent to which football permeates everyday life of Europeans, how it has become what it is today, and how it influences the way in which European citizens see themselves and each other as Europeans.

Using new, transversal and interdisciplinary academic research in Europe, the FREE project gave legitimacy to the study of a social phenomenon that is rarely taken seriously by governments outside of election time. The conclusions of this project, to be revealed here for the first time, allow a better understanding of the many facets of the most popular sport in the world and give a detailed look at an activity enjoyed by millions of Europeans.

“The slow, but irresistible emergence of a European football memory”

“Can we speak of the feminisation of football?”

“The feminisation of football is still some way off!”

“How much do supporters care about football governance?” 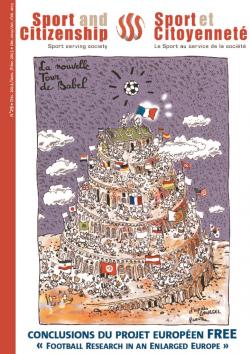