Journal n°19, by the Think tank Sport and Citizenship 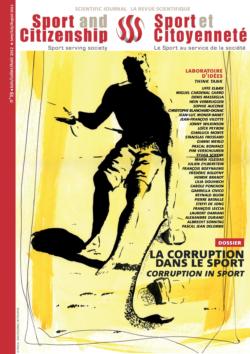 Sport is not immune to the crisis – financial or moral- which has engulfed the world. Geopolitics seems to be edging closer and closer to the field. The attitude of the political powers at the opening ceremony for 2012 UEFA EURO will be closely scrutinised. Will they boycott the event in support of Yulia Tymoshenko, who has been in prison for a year and continues to protest about her treatment in detention? Or will they use the opportunity to alert public opinion and put pressure on the Ukrainian government? It is a thorny question but each State and the politicians in charge will have to find an answer.

The summer will also be a challenge to the sports authorities, the police, the courts and the regulating authorities. The whole future of sport is at stake. The integrity of sport competitions is seriously threatened by the rise in corruption, whether it is linked to rigged betting or not. The ‘Calcioscommesse’ scandal that rocked Italian football is nut one example. Today, sport is in danger, and its survival depends on all stakeholders taking concerted action. This seems to be happening, judging by the number of working meetings and the initiatives being developed within international organisations and the European institutions.

It is to be hoped this relatively early awareness of the problem will enable the very essence of sport- the unpredictability of the result- to be protected, and that the performances of the athletes this summer will be above suspicion …

“Mobilising sport in the face of abuses linked to sports betting”

“A coordinated approach to prevention programs is needed”

“The European Commission and the fight against match-fixing”

“EPA’s role in the fight against corruption in sport”

“A real educational awareness-raisin programme could be enough”

“The fight against match-fixing: a matter of common sense, political will and concrete action”

“For ethical, economic and financial rules in sport as entertainment”

“What is urgent now is to harmonise the rules”

“The right to bet: a weapon against fraud?”

Second edition of the European citizen of Honour Awards 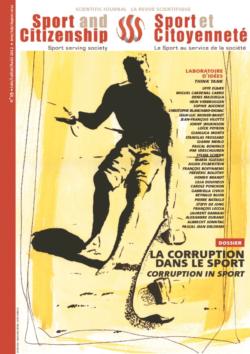