Journal n°3, by the Think tank Sport and Citizenship 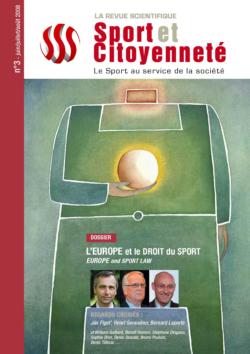 With the Lisbon Treaty and the French Presidency of the European Union dominating the political agenda, the world of sport has launched a passionate debate about its relationship with Europe and its legal order. As a new chapter opens in the perennial debate about the ‘specificity of sport’, we wanted to get views from some of Europe’s experts: the sharpest legal minds, specialised lawyers, directors of sports-law departments, political chiefs, and athletes. The ideas in this review take as their starting point the fundamental debate around the very existence of sports law, and then examine questions about European governance, the consequences of the Bosman ruling, the primacy of Community law and the European Court of Justice (ECJ), the development of the European sports model, before finally probing the ‘sporting exception’ and the social specificities of sport when it comes to applying the law.

Ján Figel’, European Commissioner for sport, several Members of the European Parliament, William Gaillard, UEFA’s Director of Communications and prominent figures from the private sector have all contributed to the current edition. They offer us their vision of a truly European sports policy, and focus on the implications of the European

Commission’s White Paper on Sport, and on the new competence for sport in the EU Treaty. Introducing the debate, the French Secretary of State for Sport, Bernard Laporte, and the Chairman of the French Olympic and Sporting Committee, Henri Sérandour, reveal what is at stake under the French Presidency of the EU. They shed some light on the regulatory tools available to the European institutions, the Member States and the sports movement. Sport et Citoyenneté will make its own modest contribution – and this is our organisation’s true vocation – to ensuring that all of these legal questions and their weighty economic implications are made to work for the ethical goal of preserving sport’s most basic values. Sport remains above all a social and educational activity, and part of an active citizenship. We decided in this review to send a strong signal about our European ambitions. So, for the first time, you will be able to read most of the articles in both English and French. We hope this adds to your enjoyment.

Stanislas Frossard, executive secretary,  the Council of Europe Directorate of Youth and Sport

» Does a European Sports Model exist? «

Colin Miège, Member of the Scientific Committee of Sport and Citizenship 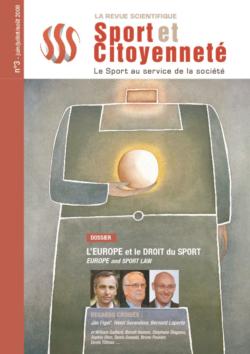