A way of communicating abroad 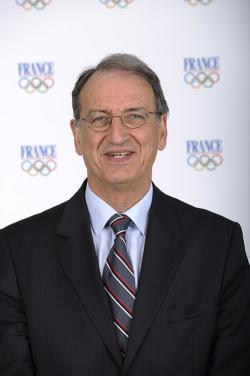 France’s expertise in hosting major sporting events is widely recognised. It enhances he image of France and is a big asset for the Paris 2024 bid, as the President of the CNOSF, Denis Masseglia, explains.
In your speeches you often stress the impact of sport on society and its political and economic aspects. What do you think about its “diplomatic” aspect, and its use in international relations?

DM: History shows that sport can be and is important as regards international relations. It has encouraged closer links between countries with strained diplomatic relations, and has been part of a strategy for influence. Some countries have clearly made use of sport to improve their image and exist on the international scene, sometimes even to the extent of infringing regulations (such as in the GDR during the seventies).
Hosting a major sporting event also plays a part in what is known as “soft power” for a State – its capacity to shine on the international scene. France is used to doing this when it comes to culture, humanitarian projects and so on. Our country has also repeatedly shown how capable it is of organising major sporting events. It is thus natural for sport to be a good way of communicating abroad for France.
Paris is bidding to host the 2024 Olympic Games. How important are diplomatic aspects in the Paris bid?

DM: Being a candidate cannot be summed up by simply saying that one is capable of organising the games. For a bid to be considered, it needs to have an element of continuity and coherence. You don’t just say that you are “capable”, you have to prove it over the course of time. From this point of view, French expertise in hosting major sporting events cannot be denied. Of course we want to host the 2024 Summer Olympics, because it is nearly 100 years since they were last held here. But it is also obvious that hosting this type of event must be understood by the largest. That is why one of the main elements of the bid concerns the legacy which we hope to leave once the Olympics are over. The technical legacy is one aspect, but as I see it, that is not the most important. What matters more is the social legacy, everything that sport can bring to society in terms of social cohesion, health, education and sharing. It is difficult to quantify all of this, but the effects are undeniable.
Another key point in the bid is the level of consultation. Right from the start, even before the application was submitted, an effort was made to ensure that all those who had something to say about the bid, or the direction to take, were enabled to do so. A committee of athletes and the “Generation 2024” committee were set up, demonstrating that this bid is driven by athletes, for athletes, but also for society. These are fairly innovative elements, which may help our bid to stand out from the rest.