On the 4th and 5th October 2019, the European Sports NGO (ENGSO) organized the second European Sport Platform (ESP) in Rome, Italy. During two half-days, various sessions were planned to give the opportunity to the ENGSO members and partners to learn and share their experience on various topics such as volunteering, diversity in sports governance and mental health in sports. 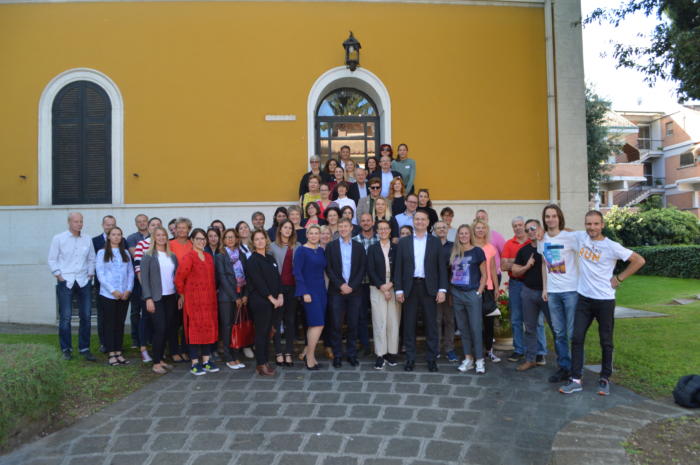 For its second edition, the European Sport platform organized by ENGSO invited experts to discuss on three major topics. The first one, volunteering, is central in the sports movement. How can we measure the economic value of volunteering? Adrian Feller, UEFA Senior Event Workforce Manager first explained how the invisible value of volunteers has an effect of the economic and social impact of football. Claus Farnberger, Civil Service and Sport from the Federal Ministry of Austria also commented and this economic dimension of sport. However, volunteering is not only a matter of economic worth but also a mean of empowering and developing competences for the volunteers, pictured during this session as the everyday heroes of sport. ESP participants pointed-out the fact it is becoming harder to engage volunteers in sports. How can sport clubs attract, train and retrain volunteers? Within short workshops, participants suggested good practices such as creating awards to engage them and stressed on the importance to create a bond before, during and after the event.

Relation between volunteering and gender-equality

Diversity in governance is also a major topic in sports organisations. Niina Toroi, chair of ENGSO’s Equality within Sports Committee presented impressing figures on gender governance in the sports sector; only 8% of the sports’ organisations presidents are women, representing also 23% of the board members. She insisted: “by reaching equality, we can use the full potential of sports”. Tiina Kivisaari, Director of the sport division of the Finnish Ministry of Education and Sport shared her own personal and professional experience as a woman at the head of a division and underlined the relation between volunteering and the lack of women in the sports organisation’s boards; Many women won’t engage themselves because of the time they need to give to their work, their families and their home and that’s how it is difficult to have them in the boards afterwards. Finally, good practices from European projects such as SCORE and Play and Train to enhance the women as sport coaches were presented. 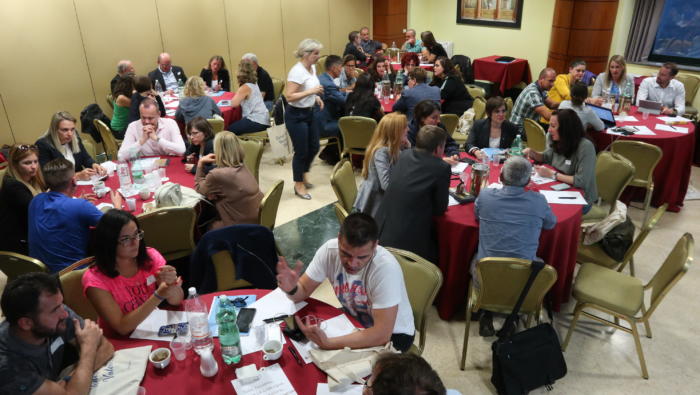 The final session of the European Sport Platform was dedicated to physical activity and mental health. The healing impact of sport and physical activity for mental health has received a careful, yet optimistic recognition by scientists. According to Richard Bailey, senior researcher at the International Council of Sport Science and Physical Education (ICSSPE), despite evidences supporting the use of sports and physical activity to prevent and treat mental disorders, it is very important to use it properly. Indeed, bad sports experiences (when it is badly presented or badly taught for instance) can be associated with social isolation, loneliness, can damage self-esteem and increase stress and anxiety. To make the difference, we need to find the good balance to make sports and physical activity meaningful, safe, decision-making and with social interaction. Finally, it is important to stop talking about more sport and physical activity but better sport and better physical activity. Several European projects and initiative such as SPIRIT (led by ENGSO) and SPHERE where Francesca Cirulli (Senior researcher and group leader) explained the huge interest growing from the psychiatrists in studying scientifically the role of Physical Activity in Mental health and pointed-out the need of establishing protocols that can be adapted.

Sport has been many times reduced to the high-level issues, but it is much more. Grassroots sport has gradually invested the EU agenda. Developing sports on a grassroot level through clubs and NGOs by considering this sector as a whole to enhance topics such as mentioned above and make it accessible to all has to remain a priority of the new European Commission and European Parliament.