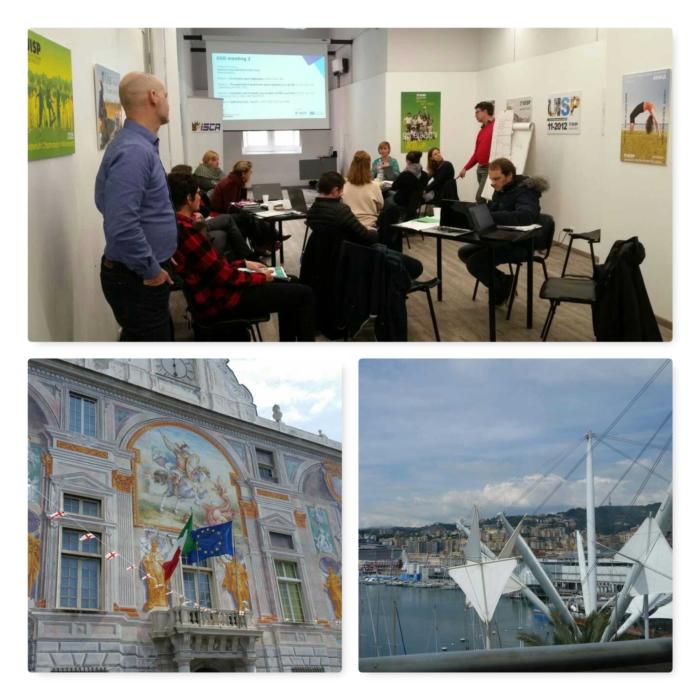 As the 24-month project is well into its second year, the progress covered by Grassroots Sport Diplomacy (GSD) has been both swift and fruitful. The nine project partners were welcomed by UISP in Genova (IT) and steered by the project leader ISCA, for three days of productive teamwork. While the first steps of GSD were challenging ones, notably due to the intricacy that comes with defining a new concept, it is now clear that the following steps of project have played decisive roles to question, refine and ultimately consolidate the definition. Indeed, carrying out a systematic consultation of key international stakeholders not only enabled the consortium to receive and reflect over precious constructive criticism, but further boosted the belief that the GSD concept is relevant and worthy. Similarly, the selected pilot projects provide concrete examples of the many shapes GSD can take across the world, thus helping newcomers to anchor the idea into their understanding before setting out to implement their own initiative. Partners enjoyed catching a glimpse of what their work has produced and achieved although it is not quite over. The consortium is already busy with shaping all produced material into appealing content for the project’s last step: creating an online learning course to introduce and guide civil society stakeholders to conceptualise and put into action their own Grassroots Sport Diplomacy initiatives. The course will be launched upon the project’s final conference that will be held in Budapest (HU), 16-18 October 2019, within ISCA’s annual MOVE Congress. Registration and tickets are already available!