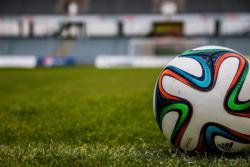 On 10 April 2018, MEP Emma McClarkin and member of the House of Commons Damian Collins gathered a panel of specialists at the European Parliament to discuss to issue of match-fixing in football. The panel was composed of representatives of the international football bodies FIFA and UEFA, specialists from Europol and from the United Nations Office on Drugs and Crime as well as a former professional football player who brought another perspective to the debate.

The popularity of football has always attracted those willing to take advantage of its lucrative aspects. This involves people trying to earn money through the manipulation of the results of sporting contests, or elements of the game, also known as match-fixing. This conference discussed the issue of match-fixing and how to tackle it.

Match-fixing is a tricky topic, as Damian Collins, stated. It involves a variety of actors, who are part of a complicated network: players, coaches, managers, owners, betting companies, etc. When there is a suspicious result combined with high bets, a good investigation could lead to find out that the coach and several players are involved in match-fixing. However, they are only the end of the channel. It is much more complicated to track back those who are at the origin of that channel. We observe that people who are involved in match-fixing are often also involved in money laundering and drugs trafficking. All these criminal activities are connected and it is important to be aware of that in order to understand where the money comes from.

From a law enforcement perspective, match-fixing is considered as a very serious crime. It falls into the category of the high profit, low risk criminality. Therefore, it is very attractive. A few years ago, Europol launched Operation VETO, which was the largest match-fixing investigation in Europe. More than 400 people have been suspected and 90 of them arrested. Sergio D’Orsi, who is a Specialist at Europol, explained that the current challenge is to identify the new trends and to share the best practices to fight them. The Europol Platform for Experts has therefore been established. It increases the collaboration between private and public actors and offers more information to the national authorities.

Another international initiative is the UN Convention against Corruption that has been signed by 183 parties. This resolution can serve as a practical guide for countries who have the political will to develop a strategy and adopt a legislative text against match-fixing, as explained by Ronan O’Laoire, Crime Prevention and Criminal Justice Officer at the United Nations Office on Drugs and Crime.

As the 2018 football World Cup is approaching, FIFA is taking is series of integrity measures against possible match-fixing. It is organising three integrity workshops (in Europe, Asia and America), an integrity briefing of the referees and will establish an integrity hub that will monitor all matches for suspicious gambling and playing activity. A particular attention will need to go to the emerging countries, particularly Asian countries, which have recently been chosen to organize massive sport events and are not always used to cope with that, according to Ronan O’Laoire.

On the Old Continent, UEFA is also taking action by financing and developing numerous initiatives promoting integrity. It is setting up a close collaboration with the European institutions and with the European Parliament in particular. The power of UEFA to take repressive actions against match-fixing is very limited. Therefore, it is important to have a good collaboration with institutions as the European Parliament and the Council of Europe with whom they share a mutual framework.

As a conclusion, Former Professional Footballer Ramon Vargas talked about the lack of united regulation in European football. According to him, it is our duty as Europeans to lead by example since we are the ones who invented the game of football. The only solution going forward is to establish a united regulated football industry. “Football is our baby, let’s take care of it because our baby is beautiful.”