Rewarding those who make sport meaningful across Europe: #BeInclusive Awards

On November 21, the European Commission celebrated inclusion through sport in Brussels with the #BeInclusive awards. Since 2017 this ceremony is the opportunity since for the Commission to reward and encourage those who make sport more than just a game and make it more accessible and inclusive throughout Europe.

From the 144 applications, 9 inspiring initiatives were shortlisted to potentially win the awards including Etnoliga, one of the FIRE project’s partners who organises intercultural sessions of football for refugees and marginalised populations in Poland. 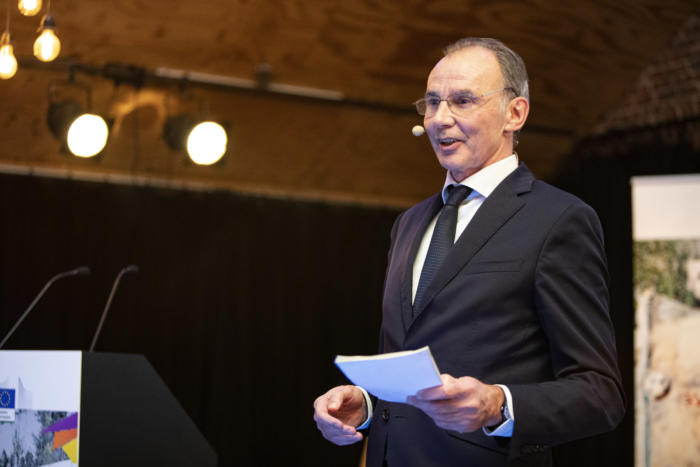 The ceremony was conducted by Sport and Citizenship’s president, Laurent Thieule, who’s local football club in Kraainem has been a forerunner of social inclusion through sport with its initiative We welcome young refugees, one of the most advanced European projects that recently celebrated their 20000th  player welcomed.

In his opening speech, the Commissioner Tibor Navracsics highlighted the importance of sport in building strong communities in Europe thanks to its capacity to transcend barriers and create a sense of belonging for all participants. The Commission truly believes in this power of sport, and vouches for it with initiatives such as The European Week of Sport that gathered this year almost 14 million people across Europe, and through policies like the Tartu Call for a Healthy Lifestyle. Of course, the Erasmus+ programme remains the most far-reaching and effective tool. Since 2014, the Sport Chapter of the Erasmus+ programme has financed 335 small and large European projects promoting social inclusion, representing over 65 million euros! The importance of sport policies and initiatives is gaining awareness, as can be seen through the next Erasmus+ budget, which is promised to be at least doubled for the next Multiannual Financial Framework. 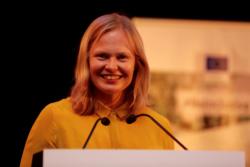 MEP Tiziana Beghin welcomed the audience stating sport has the power to build sustainable peace and bring people together, taking Kraainem FC as an example of good practice to reproduce. In her eyes, it is essential to support the people and projects that continue to move the lines, as they strive to build a future without barriers, hate or discrimination. The Minister of Sport from Finland, Mrs Hanna Kosonen, talked about sport and physical activity as a fundamental right that everyone should have access to. However, as we know, in our societies those who would benefit the most from it, are those who don’t have access to sport and the positive values it can teach.

This year’s #BeInclusive awards were the opportunity to receive Honey Thaljieh, Corporate Communication Manager for FIFA and Homeless World Cup ambassador. She testified as a former professional football player from Palestine on the importance of inclusion in sport, knowing what it is like to overcome obstacles to get to practice the sport you love. She advocates to build a world without racism or discrimination. As representation matters, and as she didn’t have any champion that she felt resembled her enough to be a role model, Ms Thaljieh encourages everyone to use their platforms to create hope through projects like those awarded at the ceremony to inspire future generations. 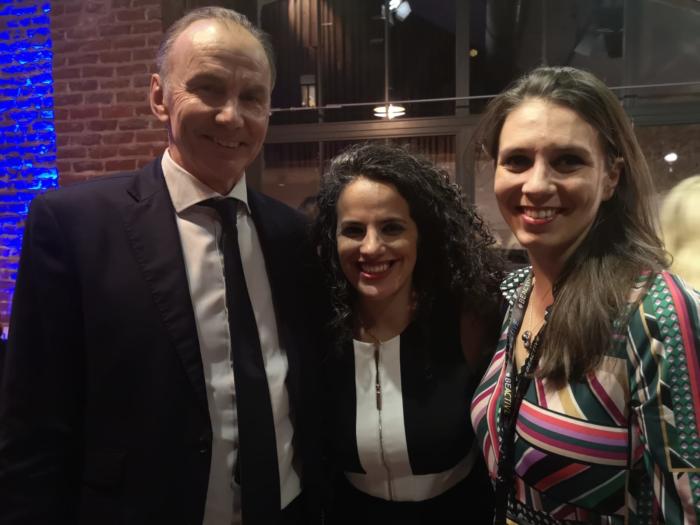 A panel discussion composed of  Claudia Nystrand, from Fit4life a winning project from the 2018 #BeInclusive awards, Mihovil Španja, a Croatian Paralympic Champion, Emmanuelle Bonnet Oulaldj, president of FSGT, Urs Kluser, General secretary of the UEFA Foundation for children, Gabriella Bascelli head of international relations from EMCA and animated by  Laurent Thieule Sport and Citizenship’s president. The panellists discussed the undeniable need for further and greater inclusion in sport through their personal knowledge and experiences.  Inclusion for women, refugees and migrants and people with disabilities were the centre of the discussion. Sport is the perfect tool to teach values such as teamwork and respect of rules. However, more than just a tool, sport is also a means of emancipation if truly accessible and inclusive. The panellists underlined the need of a better understanding of the difference between integration and inclusion- integration being accepting others, and inclusion meaning actively doing as much as possible to welcome newcomers.

To conclude, the 2019 #BeInclusive awards ceremony rewarded three meaningful projects which have contributed to make sport more inclusive with a 10 000€ prize money. This year’s most inspiring and winning initiatives were:

Congratulations to these bright projects and to all the shortlisted ones! 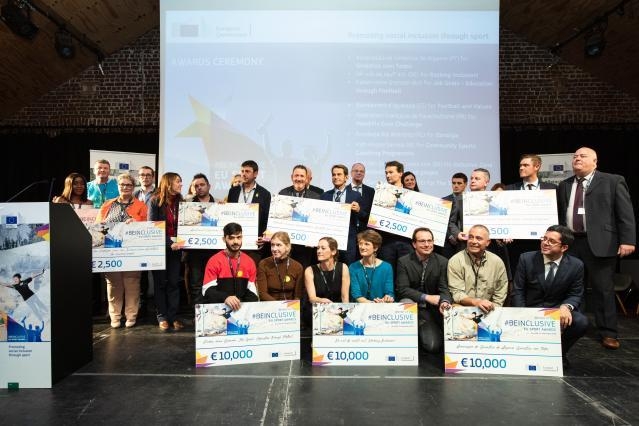