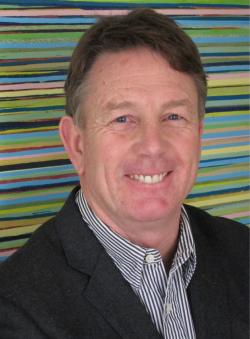 In the early 21st century, nation-states across Europe grapple with problems that go beyond traditional boundaries and have become transnational in nature and global in range.

With the realignment of the nation-state, through which sovereignty and boundaries are sometimes shared, but recently have become more contested, foreign policy practitioners are required to be more sensitive to, and adept at handling, these concerns that surface across a range of areas – including global sport. Several concerns characterise the structure and practice of global sport. These include: questions of governance, democracy and transparency; the bidding for, hosting of, and claims made regarding the legacy flowing from the staging of mega-events and nation-building; processes of migration, identity politics, and the movement of both highly-skilled and vulnerable bodies (e.g. elite athletes and child trafficking); and sport, development strategies, conflict resolution, peace building and global health concerns and UN initiatives. In each of these areas, complex questions of policy arise concerning the formulation and projection of “soft power”, the image of the nation and the interplay between sporting politics, and politics and sport. Fundamentally, consideration of the relationship between international relations and global sport has to wrestle with the broader question of how the nation-state formulates its strategy based on a more “realpolitik” or “ethically based” approach to the concerns outlined.
Sport as a form of social capital has both dark and light forms. Sport acts as a social glue – bringing people of a society or across societies together.

“Sport as a global village or a global pillage”

Sport then, can act as a “global village”. Sport can also act as a social toxic – prompting outbursts of nationalism, cheating, state sponsored doping, corruption and the exploitation of people from emerging nations – as athletes and workers – and the exploitation of the environment – on sea, land and air. Recent examples include FIFA, the IAAF and the ongoing mistreatment of construction workers in Qatar. Sport then, acts as a form of “global pillage”. If consideration is given to elite sport labour migration and mega event bidding and how those involved in the formulation and implementation of foreign policy act an approach that ranges from a classical “real politic” to more “ethically based” is evident. As part of the sports medical industrial complex (SMIC) states increasingly utilize all relevant national resources in order to succeed in competitions. International sporting success thus involves a contest between systems involving the availability and identification of human resources; methods of coaching and training; the efficiency of particular sports organizations and the depth of knowledge of sports medicine and sports sciences. The development of a sport within a particular society also depends on the status of that society in the international rank order of specific sports. Less developed African nations, for example, tend to under-utilize their talent and performers and lose them to more powerful clubs and nations. Given that nation-state prestige is at stake in global sport it is no surprise that an international rank order has developed. This ranking of nation-states is reinforced by the status accorded to specific sports, leagues and clubs and, in many instances, are combined with the mutually reinforcing process whereby a (re)branding and marketing of the city, region and nation in which the club is located, occurs. Activities of this nature also find expression in the investment in mega-events, such as world cup competitions and the recruitment of “foreign” labour. The reality is that nation state prestige leads not only to such processes but also investment in specific sports, medals and migrants. Such processes are readily understandable if a “real-politic” approach to sport and foreign policy is adopted. The projection of “soft power” allows the nation to remain competitive in both the international rank order of nations and the SMIC and has the added advantage of sport acting as an social glue that keeps the nation-state “together”. Wrapping the people and the nation in the flag becomes the unstated norm of state-policy, e.g. Sochi.

“A realpolitik or a ethically based approach?”

A different approach to foreign policy and the use and projection of “soft power” would be to adopt a more “ethically, rules-based stance”. Here, a contribution to UN Sustainable Development Goals and “development through Sport” is relevant. The British Foreign Office has long recognized the role that the British Council and the BBC play in this regard. Germany and Norway adopt similar strategies. UK Sport, an arm of the British state, has also noted that in developing sport across the Commonwealth and beyond this not only provides access to overseas facilities but also helps promote British sport and influence overseas. Invariably, nation-states veer between these polar extremes, often exercising both – with different sectors of the state apparatus competing for predominance regarding the ethically based or real politic stance they adopt. This issue of hostility or friendship, of social capital, of a glue or toxin, of a real politic or ethically-based approach, should also help frame how we make sense of a nation-state’s foreign policy stance to sport and the role that sports plays in international relations more generally.