Journal n°16, by the Think tank Sport and Citizenship 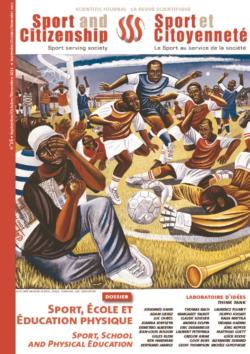 This summer the European Commission has adopted a stance which will be excellent news for the world of sport, it is endorsed by the European Parliament and the Council. During the course of discussions over the EU budgetary framework for 2014-2020, the Commission proposed adopting a general programme covering education, training and youth with a budget allocation of 15.2 billion euros, including sport as sub-programme for the first time. If this programme were to be ratified in the coming months, sport would receive independent funding at the European level for the first time.

As the summer comes to an end, tens of millions of children and teenagers all over Europe are preparing to return to school. It is a good opportunity to reflect on the relationship between school, sport and physical education today. At first it may seem as if the diversity of educational systems makes all European comparisons impossible, but a closer look reveals that there are questions which transcend frontiers: the need to give meaning to sport in school, by emphasising its positive effects on health, well-being, sense of responsibility and education; or the need to stem the gradual erosion of the time devoted to PE and sport in school, visible everywhere in Europe, and to provide qualified staff and adequate facilities, at primary as well as secondary level. Last, and most importantly, more funding for these subjects in the last few years and the financial crisis, which seems to be far from over, raises serious doubts about this.

“What are the challenges for European Physical Education?”

“Physical Education in Schools in Europe: An Overview”

“Triple objectives of the French Ministry of Sport”

Bertrand Jarrige, Sports Director of the French Ministry of sport.

“Is sport a remedy for violence in schools, or is this wishful thinking?”

Eric Debarbieux, President of the International Observatory of Violence at School.

“Sport at School is not a serious Political topic”