” Sports justice is necessary, just like the ECHR counterbalance “ 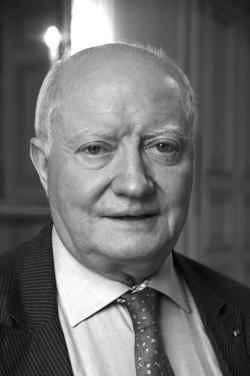 The access to sport and physical activity does not figure explicitly in the European Convention on Human Rights. Several countries do recognise this as a right, however, and consider that they have the duty to guarantee access to sport for all. What is your opinion on this?

J-PC: The lack of any reference to sport in the Convention can be explained by its historical context. The Convention is old (it was signed in 1950), and it was inspired by the Universal Declaration of Human Rights, but only on the part concerning “civil and political rights”. The Convention did not include social, economic and cultural rights, and in my opinion, the right to sport and sports law come under these headings. There are actually more recent national and international texts which recognise sport as an integral part of human rights.

Conversely, no-one can deny the political dimension evident when combating things like racism and discrimination on the sports ground. That is why the ECHR continues to bring human rights into the sports sector. The Court sees this sector partly from the perspective of the political repercussions it could have, and the prejudices it could create.

« It is difficult to strike a balance between two fundamental freedoms »

The ECHR has had to judge several cases linked to sport. Did you ever have to intervene at this level while you were President?

J-PC: Not directly, because I left the ECHR 4 years ago now, and at that time, the case-law did not appeal in this field. I also recall that the Court cannot act on its own initiative; it can only study the cases submitted to it. But things are changing, because various affairs have been taken to the Court in Strasbourg. Some other important affairs are in the process of being examined and judgment will soon be passed. I actually think that over the next few years there will be an increase in this sort of appeal, challenging the decisions of sports tribunals, such as the Court of Arbitration for Sport (CAS). There is likely to be a big increase.

The sports sector does have its own legal regulations and judicial system. In 2013, a seminar on this subject entitled “Sports Judiciary and Human Rights” was organised by the Council of Europe and the IIHR. In your view, how can the State and the sport justice systems best be coordinated, particularly from the optic of respecting human rights?

J P-C: This question calls for two observations. The first concerns the actual competence of the Court to judge decisions made by the TAS, which arises from the fact that the TAS is based in Lausanne, in Switzerland, a Member Country of the Council of Europe and bound by the ECHR. If the TAS sat in Montreal, for example, since Canada is not bound by the Convention, sporting affairs would be completely marginalised as regards human rights.

My second observation has to do with fairness itself. In the light of the severity of the sanctions which can be imposed on athletes for doping, breaking their contracts and so on, it would be extremely unfair if there was no possibility of maintaining and guaranteeing the human rights of these individuals. Sports justice is necessary, but without the counterbalance offered by the ECHR, athletes would have far less protection than ordinary citizens.

« Sport is a tool for peace and development »

Isn’t it sometimes hard to strike a balance between the necessary demands of public sports policies (combating doping, combating hooliganism and so on) and respecting the fundamental rights of individuals and athletes?

J P-C: That’s the main difficulty, but it is also what makes it an interesting subject from a legal point of view. We need to remember that athletes remain vulnerable, even when they make a lot of money. We need to guarantee them a maximum of freedoms, just like anyone else, but we also need to realise that very strict rules are in place in case of abuses, so as to protect the sports ethic. It is unacceptable for a football or rugby player to be booed because of the colour of their skin. It is unacceptable for an athlete to cheat and win the Tour de France because he has used doping products which are difficult to detect. At the same time, it is unacceptable if fundamental freedoms such as the right to a private life, family life and home are not respected. Here we have two conflicting objectives, two conflicting fundamental rights, and as in other fields (for example, the press), we have to find the right balance and provide principles that can be generally applied. It is not like torture, which is a shocking problem, but easy to deal with. It is obvious that torturing people is wrong, even if they are suspected of something very serious. When we are dealing with important, but possibly contradictory rights, such as protecting private life or freedom of opinion and expression, it is much more complex.

In 2014, a report from the UN Human Rights Council acknowledged the important contribution of sport and the Olympic ideal, as well as the work undertaken by the IOC, to promoting and strengthening universal respect for human rights. Do you also think that sport is a tool for peace and bringing people together?

J-PC: Absolutely. I’ll give you a fairly old example, which made an impression on me as a child. We were in the middle of the Cold War when the Helsinki Olympics were held in 1952, and it was the first time the Soviet Union took part. Finland at that time was a neutral country, and during the Olympics there were displays of brotherhood between athletes, including athletes from the two blocs, which made a big impression. At a time when the Erasmus programme did not exist, sport was one of the only ways for young people to travel and get to know other countries. It is with a better knowledge of each other that peace can be strengthened and war can be kept at bay. I am convinced that it is a tool for peace and development, because many athletes have been able to rise socially and do a lot for their country thanks to sport. Similarly, some countries would have remained isolated and very much on the sidelines if, at one time or another, they had not benefited from the media coverage given to the exploits of one of their sports men or women.