Accueil » Still a long way to go in the fight against match-fixing
categories:

On 5 June 2018, 13 people have been arrested in Belgium, suspected of being guilty of bribing professional tennis players. An investigation has demonstrated that a Belgian-Armenian organisation has been fixing professional tennis matches since 2014. A lot of money has been bet on the results of some matches, which were agreed upon in advance. The concerned matches are lower level professional games that are usually not televised, making it easier to bribe players.

This information was provided on that same day by Eric Bisschop, Vice Federal Prosecutor in Belgium in the context of the High-Level Panel “Time to act for Europe against sports manipulations”, organised at the European Parliament. This is not surprising, according to Richard Watson, Programme Director of the UK Gambling Commission. Match fixing groups usually pick up lower level athletes as it makes it more difficult to track bribery.

Commissioner Tibor Navracsics explained how the signing of the Council of Europe Convention on the Manipulation of Sports Competitions, also known as the Macolin Convention, has been one of his priorities since the beginning of his mandate. The ratification of the convention would show a strong message, it would be the first legally binding tool to fight match fixing. However, after four years, there is still a lot of work, as Maja Makovec Brenčič, Minister of Education, Science and Sport of Slovenia, deplores. 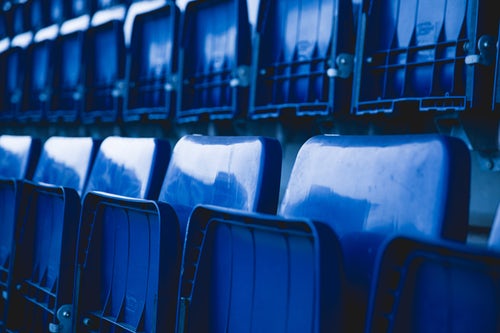 According to Gabriella Battani-Dragoni, Deputy Secretary General of the Council of Europe, the Macolin convention is not about regulating betting but about sports regulating in general. On this day, 29 members of the Council of Europe have shown their commitment to accede by signing the convention and only three have ratified it. The convention should come into force very urgently but its ratification is currently blocked at the European level. As Dieter Braekeveld, Integrity in Sports Training Officer at Interpol, said, the current situation is a collective EU responsibility, getting out of that momentum stronger is in the interest of everyone who loves sport.

This feeling has been confirmed by Freidrich Martens, on behalf of the Olympic Movement and Emilio Garcia speaking as UEFA’s Managing Director but also by Ludovico Calvi, President of the Global Lottery Monitoring System and Eric Konings from Kindred Group. The Macolin Convention is not opposed to betting, it is rather opposed to the manipulation is sport events. This distinction is not always done correctly. A loss of faith in sport competition will ensure a loss of faith in the sports betting operators. The only way to go forward is to bring all stakeholders together and to build trustful relationships.

Later that day, the Parliament hosted “Who is going to win the 2018 World Cup”, a conference organised by ESSA (Sport Betting Integrity). ESSA’s Secretary General, Khalid Ali and Betting Integrity Officer, Matt Fowler presented their alert system, based on the input of sports federations, signalling suspicious transactions detected by their own internal control systems. ESSA makes detailed enquiries. They look for unexpected activity based on location, profile and unusual amounts of money bet. These can only be effective when all the stakeholders join their forces, not only in detecting suspicious activity, but also in preventing it. In that context, the European Commission Erasmus+ programme has recently funded ESSA projects, as MEP Bogdan Wenta confirmed.

Enquiry can use data science to detect suspicious situations. One of the leading sports data brand is Opta, Duncan Alexander explained how the attention on their work has been growing these last few years. A team of mathematicians go through their data and apply analytical models. They can be used for fun but can also be useful for serious investigations.

Corentin Segalen from the French Monitoring Platform ARJEL described the roles of all the stakeholders in the coordination process. The national platforms connect the sports federations and the athletes to the national police forces, Europol and Interpol. Every actor has its own role, which is crucial to ensure an efficient and coordinated teamwork.

FIFPro President Tony Higgins and Professor Marcelo Moriconi agreed on the importance of collaborative action, every sector has something extra in order to promote the fight against match fixing, involving national governments, the civil society, sport federations and betting operators. Together, they should bring a new narrative that would avoid situations where athletes are afraid of the repercussions of blowing the whistle. Education plays a key role in this framework. Therefore, we need to push for role models and positive stories that would benefit professional sports.

Sport manipulations have always been a major topic of Sport and Citizenship’s work. The fight against match fixing has been the main theme of one of the previous editions of our scientific journal.More recently, an episode of our Sport Corner has been dedicated to that topic, featuring MEP Santiago Fisas and member of the European Lotteries Board, Friedrich Stickler.