Accueil » Switzerland and the IOC : a complicated bilateral relationship
categories:

Switzerland and the IOC : a complicated bilateral relationship

The opening of a revocation procedure against the Swiss Attorney General because of links with FIFA has brought into sharp relief the complex relationship between sporting organisations and the countries where they are based. 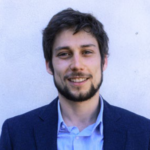 PhD student in the history of diplomacy,

In this federal State it is mainly the cities and cantons – principally Lausanne and the Vaud Canton – which have special relationships with these organisations. The Swiss authorities, however, have also had regular dealings with the IOC, transferred to Lausanne in 1915, since the inter-war period. Although this relationship suffered from various strains at that time and during the Cold War, the two parties agreed in 1981 to improve the IOC’s legal status in Switzerland. It was a breaking point, since when the Federal Department of Foreign Affairs became the main interlocutor with the Olympic body within the federal administration.

This important stage ended about a year after the Francoist Samaranch was appointed president of the IOC. The Spaniard paid particular attention to the relationship with Switzerland and named François Carrard, a Lausanne lawyer, as Director of the IOC in 1989. Carrard, with the benefit of his contacts in the federal administration, had spent about ten years working closely with the Swiss foreign affairs department on improving the legal status of the IOC. Samaranch also proposed to bring the federal councillor Adolf Ogi, a member of the federal government and a former director of the Swiss skiing federation, into the Olympic organisation. Opposition from Otto Stich, a socialist member of the same government, put paid to this controversial project.

Following the Festina affair in 1998, the corruption scandal surrounding the attribution of the Games to Salt Lake City, and the defeat of Sion in its candidature for the Winter Olympics in 2006 in favour of Turin, the Swiss have distanced themselves from the IOC. Despite behind-the-scenes government intervention, the Swiss IOC member, Marc Hodler, declared to the world press that his organisation is highly corrupt. Bowing to public and parliamentary pressure, the IOC withdrew its request for exemption from VAT – a tax on consumption – and set about reforming itself. The damage was done, however. During the preparation stages of the 2007 Law on the Host State, which now defines the privileges and immunities granted to international organisations based in Switzerland, the IOC was not consulted. Only with the arrival of the new IOC president Thomas Bach in 2013 did the relationship with the Swiss foreign affairs department begin to improve.

Split between its desire to keep the international sporting bodies already based in Switzerland and the need to develop a sustainable foreign policy, the relationship between the country and these bodies is complicated. Promising discussions are taking place, but they will only come to fruition of there are no new scandals along with real progress in human rights within these bodies in the coming years. For Switzerland it is a question of its image and credibility – and thus its influence – on the international scene.