The status of the professional football players: a historic agreement in Europe 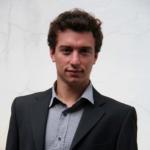