Accueil » The strategic impact of sport is taken for granted
categories:

The strategic impact of sport is taken for granted 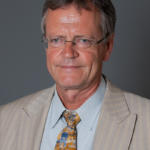 Director of the French Institute for International and Strategig Affairs (IRIS)

The Think-tank Sport and Citizenship’s decision to devote an issue of their revue to “Sport and Diplomacy” was an excellent idea.

For too long this subject has been the object of a strategy of denial. Sport was supposed to be apolitical, and thus non-strategic. I remember when in 1997, just before the World Cup in France, I suggested a book on the theme of “Football and International Relations” to two publishers, one of popular and the other of academic books. The only reply I got was that as there was no link between the two subjects, I could write a book about one OR the other. Today, the strategic impact of sport is taken for granted.

The fact that a specialist in strategic questions might be interested in sport was seen as a sign of immaturity. Today, the strategic impact of sport is taken for granted. Laurent Fabius, who is not a great fan of sport, nevertheless created the post of Ambassador for Sport.

This has been true since the beginning: Coubertin created the new Olympic Games in an effort to pacify international relations. Wasn’t that an important strategic objective? And the importance of sport for society and the media is far beyond what it was at the end of the 19th century.

Sport is an instrument of soft power at a time when the definition of power has been overturned and when image and influence have become key factors.

Public opinion now counts more than ever in determining policy, including foreign policy. It is therefore natural that a citizens’ think-tank giving in-depth attention to sporting questions should take up this subject.