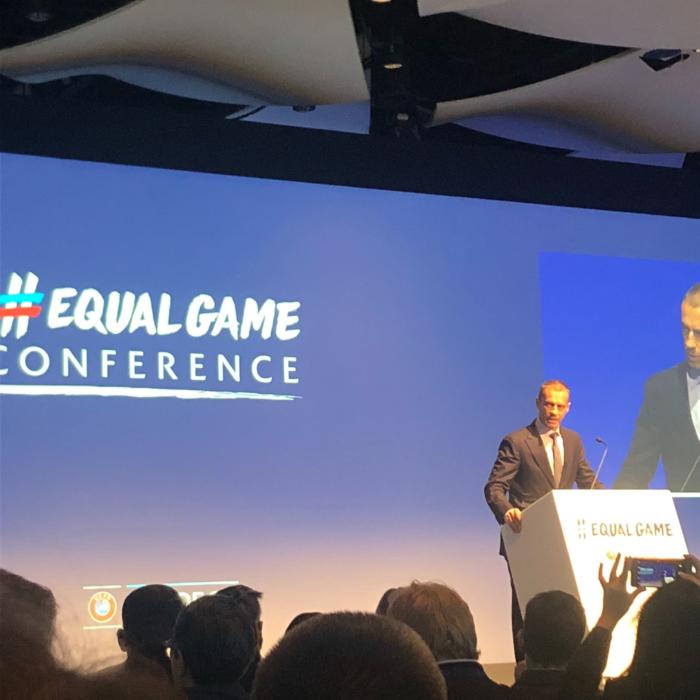 On the 2nd and 3rd of April, UEFA, the FARE Network the English Football Association held the Equal Game Conference at Wembley Stadium in London.

Over 200 participants from football associations, UEFA, leading NGOs, experts and media attended the conference. As a long-standing partner of UEFA, the Sport and Citizenship think tank was invited to attend.

UEFA President Aleksander Čeferin set the tone by opening the conference with a strong and powerful address, stating: “I am simply ashamed that today in 2019, we have to organise a conference that promotes diversity. It is 2019, how can that happen?”.

The opening day on the 2nd of April included panel discussions on women leadership in football, access to football for people with a disability, human rights and diversity and inclusion at large.

The second day was opened by Andrej Pišl, president of Out in Slovenia, a LGBT+ rights organisation, who stressed the importance for all football organisations “to support or do local events, reach out to grassroots sport, pay attention to education, and keep an open mind.”

Participants were also offered the possibility to discuss topics more in-depth via shorter roundtables sessions on variety of topics like the inclusion of disadvantaged groups like the Roma community, welcoming refugees in migrants in football, or disability.

While recognising past achievements, most interventions focused on the remaining barriers to overcome to offer a truly open, tolerant and diverse football environment for all. Strengthening the Equal Game campaign is key for UEFA and its partners and making sure everyone can harness the positive benefits of football.