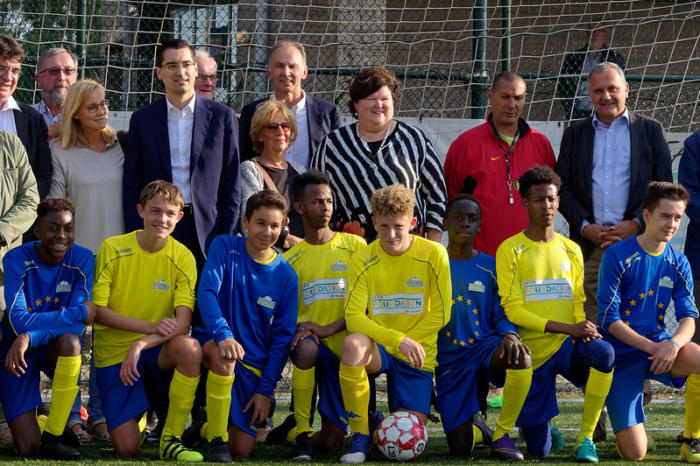 4 years have gone by since the implementation of ‘We welcome young refugees’ at Kraainem FC was inaugurated, presided by Laurent Thieule- who also happens to be Sport and Citizenship’s president. 2000 young boys, aged 12 to 18 years old, have now benefited from the programme which includes languages classes, football training and a shared meal, three times a week. These unaccompanied minors have applied for asylum status and are temporarily based in the Fedasil’s refugee centres in Woluwe-Saint-Pierre and Rixensart- some of the boys participate in a handful of trainings before being relocated, while others are present week after week.

Football, and sport for that matter, cannot be held as the only accountable tools of social inclusion for refugees, asylum-seekers and migrants alike. It is nonetheless a undeniable piece of the puzzle when it comes to contributing to the social inclusion and civic integration of these populations. In sight of furthering its outreach and impact, the programme will soon be opening a section for young girls.