Set up in 2015 by Tibor Navracsics, former European Commissioner for Sport, the High Level Group on Sport Diplomacy made a series of recommendations to the European institutions in order to include sport in the various policies conducted by the European Union. 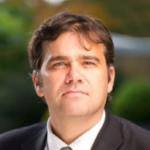 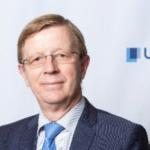 In recent years, the European Union has been affected by an unprecedented number of threats and dramatic events. Different political movements were quick to exploit the terrorist, refugees, economic, and more recently, health crises across Europe, manipulating the fears of those who feel socially, economically and politically marginalised, and fuelling an increasing Europhobic sentiment in many Member States and in the outside world.

In this challenging and complex context, it appeared more than ever urgent to reinvigorate the tools, means and resources that the EU uses to achieve its goals on the international stage.

At the same time, an increasing number of governments today regard sport as a tool to improve their foreign policy and international relations, reach external audiences more deeply, positively and effectively, support external policies and enhance their international image and influence.

It is with this in mind that the former Commissioner Tibor Navracsics mandated in 2015 a High Level Group (HLG) to assess the potential of sport in EU diplomacy. This new approach to sport as a diplomatic tool aimed at emphasising the positive values of sport and their impact in building a more cohesive society, in fuelling education, economy, culture and employment, in improving health and in shaping a better world through nurturing dialogue, development and peace.

Before handing over its report in June 2016, the Group met six times. In order to produce effective recommendations, it first answered the following questions :

▪ Why should the EU use sport in its external relations and diplomatic outreach? As EU foreign policy objectives and the values of
sport match, the HLG believed that sport can help the EU reach many of its external political ambitions. Sport can be a part of the
EU’s diplomacy as an element of dialogue, facilitating EU’s and its Member States’ relations with the wider world.

▪ How could sport be integrated in the EU’s external relations? Sport works softly as a diplomatic lubricant. Sport can appeal directly to the general public, create interest and goodwill, thus providing a favourable environment for managing international relations. Though rarely itself a sufficient condition for diplomacy, sport can be effective in facilitating changes or increasing momentum in diplomatic processes.

▪ How could Sport Diplomacy fit in European Policies? For the purpose of being as efficient, actionable and specific as possible, and taking into consideration the Lisbon Treaty provisions, the HLG has limited the scope of its thinking to the areas in which sport can bring the most added value in the service of the EU’s external relations objectives.

Based on the above elements, the recommendations of the HLG therefore focused on 3 orientations, namely inclusion in and through sport, development (sport as an educational tool), and sport-oriented values.

These 3 orientations were the backbone of the HLG recommendations within the following 3 specific areas :

2 – Promotion of EU values in the context of major sport events and Advocacy.

3 – Development of an organisational culture of sport diplomacy.

First, in terms of EU External Relations, the report acknowledged that the EU engages with third countries through, inter alia, its Neighbourhood, Enlargement, Development and Co-operation policies and that sport can play a more prominent role in helping the EU achieve its external relations objectives. The report recommended that sport be fully taken into account in these third country agreements and it called for a mainstreaming of sport in the EU External Relations funding programmes and a review of EU funding programmes, such as Erasmus+, to ensure that third countries have better access to them. The report requested that the EU provide technical and policy support to third country public authorities and sports organisations. It also recommended the staging of a highlevel sports diplomacy conference, the promotion of legal / circular migration through sport, awards for prominent civil society projects and the development of communication tools, such as websites and social media, to present good practice examples.

Second, the report discussed the promotion of EU values in the context of major sport events and advocacy. Here the report highlighted how the staging of major sports events raises a number of issues that connect to EU concerns, such as questions of integrity, transparency, good governance, grassroots participation, human rights, social inclusion, environmental protection and economic growth. The report recommended supporting projects and research relating to the staging of major sport events and it called for more attention to be given to economic diplomacy when major events are staged. It also called for the creation of a network of sport ambassadors including current as well as former athletes and coaches, to promote EU values through sport.

”AN ORGANISATIONAL CULTURE OF SPORT DIPLOMACY”

A final set of recommendations related to the development of an organisational culture of sport diplomacy. Given the cross-cutting nature of sport, particularly in the diplomacy context, the report highlighted the importance of mainstreaming sport into the activities of other relevant Commission services and EU institutions. The report recommended featuring the word “Sport” in the title of the DG Education and Culture and it advocated giving sport diplomacy priority status in the 2017-20 EU Work Plan for Sport. The report also suggested referring to the potential of sports diplomacy in the next EU Foreign Affairs strategy and the EU Human Rights Action Plan. Establishing a group of experts on sport diplomacy and including sport into the portfolio of Delegation Officers who are responsible for cultural relations was recommended. Finally, the report advocated raising awareness in the Ministries of Foreign Affairs of EU Member States on the potential of sport as a public diplomacy tool.