As the European Union (EU) works on its new work plan for sport up to 2023, what place does it intend to give to sport diplomacy ? How can sport be integrated into the EU’s various external policies ? Mariya Gabriel, in charge of innovation, research, education, culture and youth at the European Commission, shares her vision. 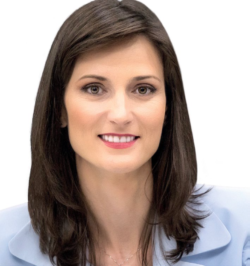 In 2015 your predecessor, Tibor Navracsics, established the High Level Group (HLG) on Sport Diplomacy. In 2016 the group produced a report. Today, do you see how sport diplomacy can play a role in the EU’s diplomacy ?

MG : Back in 2015, sport diplomacy was just a concept, not yet developed at EU level. Since then, many initiatives have been developed, in particular in terms of policy cooperation and funding opportunities. What was achieved in terms of evidence and expertise has also been very useful. For instance, the Commission published a specific study presenting good practices in the
field of sport diplomacy in 2018. In addition, the European Parliament implemented a financial scheme dedicated to promoting cooperation with partners from Asia, Africa, Latin America, and the Eastern Partnership and Western Balkan countries over the last three years. Member States supported our actions through Council Conclusions on sport diplomacy in 2016. Given the positive outcomes of these initiatives, I am convinced that sport should continue to be promoted in the EU’s external relations. Sport diplomacy is fully embedded in the current Commission’s priorities, including in the proposal of the next Erasmus+ programme, and can play a key role in building a stronger Europe in the world, reinforcing our responsible global leadership. I am determined to build on what has already been achieved and promote the power of sport diplomacy at all levels including at grassroots level.

In 2000, Nelson Mandela said “Sports have the power to change the world. It has the power to inspire, the power to unite people in a way that little else does”. How do you give meaning to this quote?

MG : When quoting Nelson Mandela, we all have in mind the “Rainbow Nation” following South Africa’s victory at the 1995 Rugby World Cup. Indeed, sport has the power to build bridges between cultures, and enhance understanding between people. As a soft power, sport can contribute significantly to good neighbourly relations. Sport clearly enhances employment opportunities, and helps deal with issues associated with peace, migration, mobility and security. In addition, the role played by sport in contemporary society in improving people’s health and tackling social inclusion is a significant one. It is also important for social and personal development and increasingly contributes to the economic growth and prosperity of local communities and regions.
In particular, sport is a useful tool for empowering young people, including women, and promoting the key EU interests of good governance, democracy, rule of law, as well as human rights. The promotion of sport and its values such as team spirit, solidarity,
sense of effort and gender equality, provides opportunities to enhance capacity building in many regions outside the EU.

“SPORT DIPLOMACY IS FULLY EMBEDDED IN THE CURRENT COMMISSION’S PRIORITIES”

In this context, what kind of initiative(s) would you wish to develop ?

MG : I would like to develop sport diplomacy in three different ways. First, at regional level, I would like to bring the Western Balkans region closer to the EU. This process has already started thanks to the opening of the European Week of Sport to partners from this region. We will deepen the cooperation this year through specific funding in the framework of the Western Balkans dimension of the European Week of Sport Beyond Borders’ initiative. This action will promote participation in sport and physical activity, as well as support the implementation of the #BeActive campaign in the region. Furthermore, it will raise participants’ awareness and understanding of other cultures in the Western Balkans. Second, we are preparing for the wider inclusion of international partners in the sport chapter of the new Erasmus programme. Finally, I would like to further develop the existing bilateral cooperation between third countries and the EU. There is a lot of interest in sharing good practices in the field of sport.

With a view to valorising sport, the group further suggested to include “sport” in the designation of Directorate-General for Education and Culture. Is this a utopian dream ?

MG : This is already the reality. The title of the Commission Directorate-General is Education, Youth, Sport and Culture. So the importance of sport is fully recognised. The HLG also referred to the work done by our external delegations on sport. In a few months, I have noticed their increased interest in sport because our partner countries are more and more interested in cooperation in this field. This is why I am particularly happy that the European Parliament is supporting us to develop external actions in the field of sport. I would add that beyond symbols, funding is important and we must not forget that the future Erasmus programme will be open to develop this external cooperation in the field of sport. The reality today is that sport has become a very important EU subject, including in its international dimension.

In 2019, a European call for proposals on “exchanges and mobility in sport” embodied a tool of international cooperation. How do these prospects reflect diplomatic efforts in the field of sport on behalf of the EU ?

MG : Thanks to the European Parliament, since 2018, we have had additional funding for sport (1.5 million euro per year) for mobility and exchanges of coaches and sport staff. Seventeen projects have already been financed, bringing people together and developing people-to-people contacts within EU borders and beyond. This is the perfect example of sport diplomacy at grassroots
level. Cooperation, partnerships and exchanges can contribute to the development of new skills at personal, organisational and societal levels. Building bonds between people contributes to our citizens’ personal development. Learning from each other, working together and sharing values encourage the capacity building of sport organisations. Most of the beneficiaries are small
organisations. Sport organisations at all levels are by nature open to international cooperation and sport diplomacy has to happen from the bottom to the top. When we empower individuals and organisations, it positively influences societal changes. The successful implementation of this Preparatory Action on Exchanges and mobility in sport at the request of the European Parliament is fully recognised, and it should now find its place in the new Erasmus programme where the international dimension of sport, including mobility, is set to be reinforced. 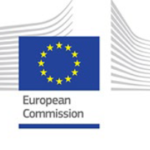