Accueil » Gender diversity is the future of sport
categories:

Gender diversity is the future of sport

Things have changed since the age of Pierre de Coubertin, when women’s role in sport was limited to crowning the victors. The track record of women athletes and French medallists at the Tokyo Olympics proves this. 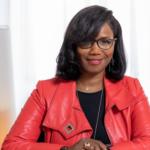 « A LABEL FOR ORGANISERS OF MAJOR SPORTING EVENTS »

The Ministry for Gender Equality helps give women the place and the visibility they deserve in every sphere in society. Amateur and professional sport, ever-present in our daily lives, are not exempt from this. They represent a strong force for sustainable change which can respond to major issues facing society. As well as health and well-being, they affect social cohesion, education, and finding employment. Given all this, I am resolutely committed to promoting real and effective equality between men and women in this area.

In anticipation of the Paris Olympic and Paralympic Games in 2024, I am working in collaboration with the Minister for Sport, Roxana Maracineanu, to create a specific label aimed at promoting gender equality and combating discrimination. Paris 2024 will be the most inclusive Games in Olympic history, and should be committed to this certification process. The creation of the label is part of the State’s legacy plan, announced in 2019 by the Prime Minister. In fact, the Olympics will leave, in addition to the Olympic and Paralympic facilities, an intangible legacy in the form of lasting good practices. The label will provide a ready-made methodological tool which can be used by organisers of major international sporting events in France. My ministry is also actively working with institutional and associative stakeholders from the sport sector to encourage gender diversity. To this day, women remain under-represented in the different training routes to jobs in sport, when it comes to both State qualifications (BPJEPS, for example), and the STAPS programmes (only 28.7% girls).

Few women hold posts as national coaches or technical directors (11%), or even as technical advisors, whether national (26%) or regional (16%). To fill this gap, therefore, my Ministry decided in 2021 to finance the National Federation of Sport and Leisure Professions (FNPSL), which is working on developing gender equality in sport related jobs, by helping girls and women towards these jobs. This involves working on making these jobs more attractive by paying particular attention to the structures and the training programmes.

Elsewhere, in partnership with the Conseil Supérieur de l’Audiovisuel, my Ministry has been supporting “Sport Féminin Toujours” for several years. This is an annual meeting which gives new impetus to getting more women into sport, makes women’s sport more mainstream, and encourages diversity in the sports shown on television. Since this operation started, the place given to women’s sport on television has increased markedly to more than 10% of the total volume of sport broadcast. This is one of many initiatives which also aims to reduce the continuing disparity in salaries. This difference is partly the result of the lack of value attached to women’s matches and competitions by the media. In turn, women’s sport is less attractive to sponsors. In 2021, only two female athletes (Naomi Osaka and Serena Williams) figure among the 100 highest-paid athletes in the world. However, there are signs of progress which give hope of change. In the wake of tennis, which is ahead in this, numerous football federations across the world have decided on a policy of equal salaries for men and women players. There is still a long way to go to reach equality, but these measures are a step in the right direction.

« AN ACCELERATOR OF GENDER EQUALITY »

Lastly, Parliament is in the process of examining a proposed law aiming to renew the governance of sport federations by imposing parity in management, and the first reading has already been voted in the National Assembly. At present, though, women are barely represented in boards of directors and management. Only two Olympic federations (hockey on grass and ice sports) out of 36 are directed by women. Progress remains to be made, although I have observed that 40% of women already make up part of the boards of directors in certain federations: gymnastics, skating and riding.

Today, 14.5 million French women claim to do a sport or physical activity regularly. But to reach the finishing line of real equality in sport requires constant, unrelenting effort. It’s both a long-distance race and a battle and it is very important to me. Nothing is inevitable in this area, any more than in science, in business or in politics. Gender does not make the athlete, as shown by the creation of mixed disciplines in top-level competitions. The mixed swimming relay in the Tokyo Olympics, or ultimate, the flying disc team game, have made it possible to write new rules, which is good news for everyone. Giving more recognition to women’s sport will not only be beneficial to women, but to the whole of society. The fight led by Alice Milliat, a militant pioneer for recognising women’s sport in the last century, must be continued today. Even if it could be seen as a hotbed of inequality and discrimination, sport represents a strong force for respect and equality and a powerful tool for inclusion, because of its intrinsic universal values. Let’s continue to work to make it an accelerator of gender equality.