Accueil » How Sport ended up in the Diplomats’ Toolbox
categories:

How Sport ended up in the Diplomats’ Toolbox

‘Boots instead of brief-cases – but diplomats still’: these words described the England squad selected for the 1950 FIFA World Cup in Brazil 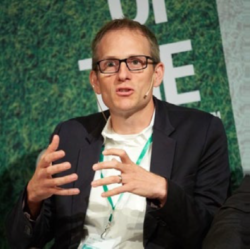 Reader in Diplomatic and International Studies,

The England team’s unremarkable performances, including an infamous 1-0 defeat to the USA, were but one dimension of their participation. As the opening suggests, the players, the coaching staff and associated administrators – the entourage – were engaged in a form of diplomacy that would have been recognised by their contemporaries in the Foreign Office, and importantly also, by both diplomats the world over in 1950, and their descendants in the twenty-first century. That is because the England entourage, and indeed all of those competing at that World Cup Finals, or other Mega Sport Event (MSE) such as the Olympic Games, were de facto diplomats. As explored in recent books on Sports Diplomacy (Rofe 2019, Murray 2018), these individuals were engaged in the three core diplomatic practices of Representation, Communication and Negotiation. The athletes competing at a MSE, or further down the pyramid at a grassroots level, are representing something; be it their nation, or a club of international renown, or the local village. Further, athletes by virtue of their performance, if nothing else are engaged in communicating; often it is so much more, as spectators observe joy and anguish greeting victory and defeat. And, they are negotiating too; by their presence at events they shape the experience, by direct negotiation through a body like Global Athlete – set up in 2019 to give athletes a greater voice in sport, or at grassroots level where the rules are governed only by the participants. These three tropes are not restricted to athletes, but a wide-ranging cast engaged in the practice of Sports Diplomacy including national and international governing bodies, NGOs, kit manufacturers, multinational sponsors, media coverage from a single device or a multinational corporation, and last but by no means least spectators either in person or mediated by technology.

All of these actors inhabit various diplomatic stages with differentiated national, regional and global interest and audiences; and that is why official diplomats have observed, engaged with and sometimes distanced themselves from sport and sports people. Today, official diplomats, those whose occupation it is to represent the sovereign state, are increasingly engaging in Sports Diplomacy. Accusations of ‘sports-washing’ have followed various endeavours to use sport as a Soft Power asset, but the temptation is there given the promotion of a “national brand will be more credible when carried by sportsmen” as former UK Ambassador to Lebanon, Tom Fletcher observes. Beyond national considerations, in the EU and at the UN level, bodies such as UNESCO, have tasked diplomats in exploring the role sport has to play. In essence, sport and diplomacy play out reverse fixtures, with a panoply of actors on the sporting stage engaged in diplomatic practices, and equally diplomats engaging with sport in an official capacity.