Accueil » It is all about the strategy: Australia and Sports Diplomacy 2030
categories:

It is all about the strategy : Australia and Sports Diplomacy 2030

Adopted in February 2019 following extensive consultation, Sports Diplomacy 2030 provides Australia’s comprehensive framework for sport diplomacy. It is an innovative approach that contributes to strengthening the place of sport in Australian society. 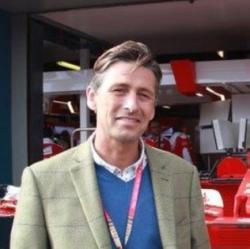 The key to understanding the much-admired Australian Government’s Sports Diplomacy 2030 lies with the concept of strategy. Defined simply, a strategy is a plan of action designed to achieve a long-term goal. The reason it matters in the Australian context is also quite simple: before, interaction between sport and diplomacy was rare, sporadic, ad-hoc, disorganized, and lacking direction. As such, the soft power of Australia’s formidable suite of sporting assets, success, and talent was vastly under-potentialized.

How the strategy was created is also noteworthy. In short, it was a team effort; not a whole-ofgovernment approach, but a whole-of-society approach involving academics, diplomats, and many representatives from the sports world. The Department of Foreign Affairs and Trade (DFAT) funded a body of cutting-edge research, engaged with over 200 individuals via national consultations, workshops and roundtables in every state capital. It replaced that old “resistance to change” cliché and became a paragon of innovation. The strategy reflects a team approach: sharing resources, knowledge, and skills to [better] align mutual interests, needs and fears commensurate with common goals.

Furthermore, Sports Diplomacy 2030 ushers in another vital aspect of effective, 21st-century diplomacy: partnerships between diplomats and “outsiders”. These are not short-term tenders but long-term, sustainable partnerships between DFAT and, so far, five National Sports Organizations. This suggests that Australian diplomats are beginning to accept that sport contributes to a variety of goals mentioned in the 2017 White Paper on Foreign Policy. This “new era of partnership” is further confirmation that government can learn from and work with sport for mutual gain (and vice-versa).

Some criticize the Sports Diplomacy 2030 strategy as just another government policy lacking procedural substance. However, that is exactly the point! Sports Diplomacy 2030 offers direction, where before there was none. It provides a series of common goals that Australian sport, society and diplomacy can aspire to. And, it also shows the Australian Government are serious about using sport as a strategic foreign policy tool. Substance, procedures and thriving “beltways” will come, in time. None, however, would be possible without common, agreed direction.

The role DFAT played in the sports diplomacy “mission” remains invaluable. The “new” sports diplomacy agenda was first driven by a body of scholarship and knowledge, which DFAT funded, supported and translated into practice. While many still cry, “they are diplomats, they’re not meant to do sport!”, DFAT is simply doing its job. Remember, a ministry of Foreign Affairs is a department that represent the body politic. In the Australian case, this includes its love of sport, and the importance of sport to its brand, identity and – now – international diplomacy.