Diplomacy is often limited to government action on foreign policy, while many non-state actors are actively involved.
This is all the more true in sports diplomacy, an area where associations and NGOs play a major and recognised role. 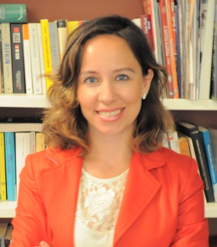 For many countries, sport diplomacy is a means of strengthening diplomatic, social and political relations with other countries as
well as achieving various foreign policy objectives. Through sport a country or a community can improve and refine its image, brand and influence on the international stage.

Today, however, it is fundamental to think of sport diplomacy beyond the state context. In a colourful sporting landscape, beside the state apparatus, non-state actors have begun to play an increasingly important role in international relations. They have accumulated significant expertise and experience in carrying out diplomatic functions. This type of sport diplomacy may be less familiar but tends to be more inclusive and involves a wider range of actors including those not formally connected to the state. These non-state actors focus on the security of individuals, their safeguarding and empowerment. They have understood that sport can be a particularly vigorous diplomatic tool for many marginalized nations and people. For many years, non-state actors have carried out projects covering a range of themes such as inclusion of disadvantaged young people, fighting gender inequality, supporting refugees or people with disability and more. Commonly, these projects have increased social cohesion and encouraged reconciliation, both on inter-state and intra-state level. They have become good practice in international relations.

“AN INFLUENCE THAT SHOULD BE BETTER RECOGNISED”

At present, the sporting world is filled with life by dozens of complex and powerful sports organizations, some immense and some less visible but no less impactful in the field. These actors have proven that they can easily engage, inspire and mobilise people, clubs, organizations and the wider community. They can credibly deliver the positive message of sport, such as fair play and inclusion for all, and promote its potential and impact on the international platform. Non-state actors have developed a well-connected network of thousands of members and contributors who can join forces in maximizing people-to-people links. After all, history has shown us that sportspeople can be efficient messengers and help in mediating estrangement between states, communities, and social groups. They have repeatedly used their positions and prestige as a platform to achieve diplomatic results by harnessing political relationships, and they have undoubtedly contributed to change the world for the better. Now, more than ever, sportspeople and non-state actors utilize positively the soft power resources of sport in diplomacy and fulfil a function beyond the ‘’game’’.

The rising power of non-state actors at all levels, from the IOC to domestic NGOs that engage local communities, should be both recognised and harnessed as a game-changer. For the European Union, acknowledging the positive effects of the sport diplomacy practised by non-state actors and opening the channels for collaboration opportunities is key for further progress in the field.