Physical Inactivity in the Workplace

Changes in working conditions have led to an increase in sedentary behaviour in the workplace. Solutions to get people moving during the course of their daily work are beginning to appear. 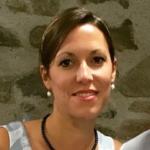 Automated production lines, robots doing manual tasks, technological progress in industry and the growth of service activities… This large-scale modernisation of the workplace has led to a broad expansion of the tertiary sector, with an increase in time spent in sedentary behaviours and physical inactivity.

“12 hours a day sitting down at work”

This can be seen in the increase in the number of sedentary jobs, with a concomitant decrease in physically active jobs. In France, a study highlights the fact that adults in work spend about 12 hours a day sitting down on work days, and 9 hours on days off, demonstrating a clear link between time spent seated at work and sedentary behaviour outside work. This means we spend a third of our time in sedentary activities, or more than half the time that we are awake. It has been shown that the time spent by adults in sedentary behaviour is largely due to work, which typically involves long, uninterrupted periods of time spent sitting. As an example, in a full day’s work employees in the service sector spend on average 77% of their time sitting, 18% standing and only 5% moving around. [1]

Apart from the time spent sitting, lack of activity is also linked to the massive use of screens which is constantly growing in France and all over the world. This trend is particularly significant among women, because one in five women combine sedentary behaviour with physical inactivity. [2]

This combination of an ever-increasing amount of time spent sitting, with constantly growing lengths of time exposed to screens, can only be harmful for health, leading to various chronic or metabolic conditions. Physical activity is not an effective protection from the deleterious effects of sedentary behaviour. For example, whatever the level of physical activity, watching television for more than 3 hours a day is linked with a rise in mortality, and the total length of time spent in front of screens is linked to an increased risk of various serious chronic diseases [4]. That is why public health policies aim to increase time spent on physical activity and sport, and also to decrease time spent sitting. As a consequence, the development of chronic diseases in service sector employees, linked to excessive time spent sitting, added to an increased risk of anxiety and depression when compared with employees with more physical jobs, will lead to raised levels of absenteeism and also loss of productivity [5].

Thus, apart from the health benefits, promoting physical activity and combating sedentary behaviour also have important economic repercussions, by reducing the combined cost of treating different avoidable diseases and reducing work stoppages and absences due to illness or accident [6]. With the growing importance of the service sector, the workplace has become a useful place for developing and implementing new strategies for promoting physical activity and combating sedentary behaviour.

In the light of this situation, numerous strategies are being developed and implemented in the workplace in order to combat sedentary behaviour, the main ones being:

Although these measures seem to allow a reduction in the time spent in sedentary behaviour, this does not translate into an increase in employees’ level of physical activity, which is why it is important to distinguish between the two issues.