Accueil » Sedentary behaviour: what do we mean and where are we?
categories:

Sedentary behaviour: what do we mean
and where are we?

Sedentary behaviour was long considered as the inverse of physical activity, but it is actually the amount of time spent sitting down throughout the day. It has numerous consequences for health which make up a deadly cocktail when they are combined with a lack of physical activity. 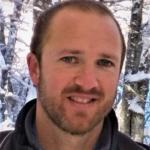 You can be physically active… and sedentary! Whereas the expression ‘physical inactivity’ describes a level of physical activity below the recommended threshold [1], sedentary behaviour is defined as a waking state characterised by energy expenditure equal to or lower than resting energy expenditure while sitting or lying down. In other words, it largely corresponds to the time spent sitting down throughout the day: at work or school, in motorised forms of transport, or in leisure time (television, video games, computer, smartphone, reading, drawing and so on). Sedentary behaviour is not, therefore, the inverse of physical activity. It is probably because of this misconception that it has taken so long to become aware of the damage it does.

“An increase in the time spent in front of screens”

The harmful effects of sedentary behaviour on health are observed independently from the level of physical activity [2]. The consequences are numerous. The mortality risk for adults is increased when more than three hours a day are spent sitting and more significantly increased with seven or more hours. Being seated for more than 3 hours a day is itself responsible for 3.8% of deaths from all causes [3]. Scientific literature also shows that sedentary behaviour increases the risk of developing many conditions [4]: cardio-vascular diseases, metabolic conditions (obesity, type 2 diabetes), cancers (of the colon or endometrium), and also musculoskeletal disorders, depression, loss of concentration and failure at school.

In France the average time adults spend sitting is estimated at about 12 hours on workdays and 9 hours on days off [5]. According to studies based on questionnaires, about 40% of adults spend more than 7 hours a day sitting or lying down (not including time asleep), and 50% between 3 and 7 hours a day, both men and women [6]. These results are in line with data from other European countries [7]. Among children and teenagers, the average length of time spent in front of screens, used as an indicator of sedentary behaviour, is between 3 and 4 hours a day [8], a rise of about twenty minutes between 2007 and 2015 [9]. This length of time is nearly doubled on days without school compared with school days, and increases gradually between the ages of 3 and 17, for boys and girls, to the detriment of physical activity. Only 23% of young people spend less than 2 hours a day in front of screens, in line with current national recommendations, and this percentage decreases with age and at weekends [10]. Social inequalities can be seen for young people as for adults.

This growth in sedentary behaviour, in part a consequence of the advent of screens, is linked to the fact that technological advances are not used to the best advantage either at work or at home. Television, video games, computers, smartphones… all these are central to current concerns. One and a half to two hours of physical activity would be necessary to counteract the damage caused by sitting, and for most people does not seem possible [11].

Recommendations concerning sedentary behaviour have therefore been added to those for physical activity and are based on two complementary objectives: reducing the total amount of time spent sitting or lying down in a day, and breaking up prolonged periods spent sitting with a few minutes walking and stretching at least every two hours. Recommendations concerning time in front of screens have been drawn up by Anses [12] for children and teenagers (no exposure to screens below two years of age, limited to one hour a day from 2 to 6 years old and to two hours a day over 6).

The scientific community is now united in saying that combating sedentary behaviour is at least as important as encouraging physical activity. You have been sitting comfortably in your chair to read these few lines, so now it is time to get up and walk for a few minutes!