The recent dearth of candidates to host the Olympics is a trend which needs to be examined: when local people are consulted in a referendum, the response is “No”. 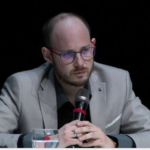 Challenges point to a mismanagement of public funds for projects without sufficient social utility. To address this, the decision to bid for a major international sports event (MISE) is increasingly justified by the promise of an economic and social legacy which will benefit everyone. Academic texts remain divided on this aspect.

Although there seems to be a possibility of boosting the local economy given certain conditions, works on the economic impact of MISE mainly show how the costs almost always exceed the benefits. From a social point of view, the MISE can be a source of pride or well-being, but also of harm, depending on the context and the population studied. As for the environmental impact, it is always possible to be reassuring by evoking a determination to be responsible, but the best way of avoiding a negative carbon footprint still lies in not organising anything.

Therefore, it seems as if an MISE has no intrinsic positive effect on the host region. It needs to be seen as a chance to organise an event in order to develop meaningful projects in line with the specific needs of the area in the long term. The political will of local decision-makers is crucial for drawing up the outlines of a legacy strategy which goes beyond the declarations of intent. However, even with sufficient will, the task is hard, because by seeing the Olympics as a project which should benefit the whole population, the organisers raise very high expectations, whereas the large number of unknowns linked to both the bid and the organisation would justify caution.

“How can the public be involved ?”

To avoid disappointment, it would be better to imagine schemes involving the public, while remaining aware that this could lead to the project being abandoned or altered – which is not possible with the bidding process. As an example, the IOC asks host city candidates to indicate if there is a danger of opposition groups pushing for a referendum on the bid and to provide proof of public support. While social acceptability is seen as a simple piece of data (or even a threat) which must be measured and controlled, it will be difficult for host cities to undertake measures that show a real willingness to include citizens. Unfortunately, this is unlikely to change the trend to more challenges, which is developing around the idea that the vast majority of the local population has little to gain from large sporting events, compared with the political and economic élite.