Accueil » Sport is primarily a national social and economic project, before being a tool for diplomacy
categories:

Sport is primarily a national social and economic project,

before being a tool for diplomacy

Romuald Nguyen has been director of the French football bureau in China for three years. This representative organisation is responsible for developing the influence of French football (the French Football Federation and the Professional Football League) in the Chinese ecosystem. 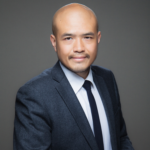 Director of French Football in China,

What are the reasons behind your bureau in China?

In China, the current five-year plan (2016-2020) set ambitious targets for sport. How do you work with the Chinese authorities, and with other French bodies installed in China?

RN : Continuing the Sport thread set up by the State in 2016, we coordinate the activities of the France Sport Club in China. In concrete terms, we federate French sport stakeholders by acting as the only access to Chinese bodies looking for French supplies, and vice versa. We facilitate combined French responses to calls for bids. Businesses provide the impetus for the group, with strong institutional support from the French authorities, which is an important asset for the Chinese authorities.

The France Sport Club offer unites the whole of French expertise around three areas where France is recognised on the international scene: its experience organising major sporting events, its skill in producing champions the French way and its use of sport to shine the spotlight on the territory.

In your opinion, what part can sport play in strengthening the diplomacy conducted by a State or a Union of States such as the EU?

RN : History and the increasingly international nature of sporting competitions in the present are full of examples of sport making relations between two countries more or less strained. For instance, when the development plan for Chinese football was launched, a “Football” sequence was very often included in the agenda for meetings between Chinese and foreign leaders. In parallel, I noticed that there were fewer articles about the effects of this plan internally, and that attracted me to this approach. Sport is primarily a national social and economic project, before being a tool for diplomacy. Since 2003 I have seen the great advances we have been able to achieve in sport diplomacy. However, I do not think the time is right to call on a European diplomacy project. In my opinion, we need a more complete plan at the national level first.