According to a widely used expression today, sport is a powerful vector of soft power. However, this is only possible if there is a strong coherence between the values of sport and the behaviour of the state or organisation claiming to use it. In this respect, the European Union has valuable assets. 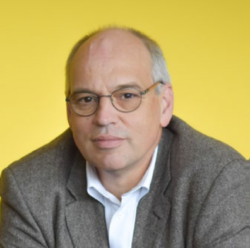 Professor at the EU-Asia Institute of ESSCA School of Management,

What an amazing career the term “softpower” has had! Theorised by Joseph S. Nye at the end of the Cold War, this academic concept was swiftly picked up by politicians and media alike, even beyond the anglophone area. Clearly, it must have filled a gap. At a moment where the United States were being perceived as a hegemonic power, it responded to the need of providing an explanation by factors other than their sole military and economic dominance.

For the sports world, the emergence of this concept was a blessing. Sport, which is spontaneously associated with a wide range of positive values – fair-play and respect, health and solidarity, equality and meritocracy – is indeed a universal social practice that creates affective bonds across political borders. It wields emotional power, the softest of all. Statements in favour of sports diplomacy thus tend to insist on the soft power potential of sport, a sphere where sympathy and support can be accumulated, where negative stereotypes can be dispelled, where it is easy to connect with the world’s public opinion. For any individual who is fascinated with the beauty of the Olympic idea or the unequalled mobilisation capacity of great sporting competitions, the link between sports and soft power is intuitive, undeniable. A bit of scepticism is, however, not inappropriate: for each nation-state sports diplomacy can be a double-edged sword. In order to reap tangible, significant and sustainable benefits, a credible coherence between the values of sport and the behaviour of the same state in other fields is an indispensable prerequisite. This is at least what the attentive reading of various international soft power rankings suggests.

“THE EU AS A CREDIBLE PLAYER”

There is reason to believe that public opinions around the globe, including sports fans, are perfectly able to distinguish between sports pictures showing a better world and the real contribution of state actors to make the existing world a better one. This is where the European Union has a competitive edge in the field of sports diplomacy. It is not a state carrying the burden of a long and ambivalent past. It is young, without heavy liabilities in terms of nonrespect of human rights or abuse “hard power”. It is not the object of serious negative prejudice around the world. Most importantly, there is a profound coherence between the values of sports and the ones the EU wishes to project and promote beyond its borders.

In short, the EU possesses a good deal of credibility capital. And contrary to great sporting nations, who are always under pressure to consolidate and renew their prestige, it does not even need to be a massive actor in its own right. It can draw on cooperation with other international organisations and it can, above all, serve as an catalyst for civil society, enabling it to act more efficiently on this scene in order to put sports in the service of society’s most vital interests – the appeasement of conflict, social integration, gender equality, and diversity.

No need to make soft power a strategic objective. It will come as an inevitable by-product.