The European Fans in Training (EuroFIT) Programme relies on the European Clubs and Associations to tackle Sedentary Lifestyles among football fans. 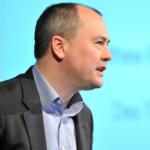 EuroFIT is a ground-breaking health programme that harnesses the intense loyalty many fans have towards their football clubs and national teams, using this passion as a means of attracting them to participating in a lifestyle change programme. The programme has been tested by academic researchers with 1113 male participants between the ages of 30-65 years old at 15 pilot clubs through a ‘gold-standard’ randomised control trial funded by the EU Research Programme. Public health and sport NGO European Healthy Stadia Network acted as the link organisation between researchers and clubs during the trail, which included Manchester City FC, SL Benfica, Rosenborg BK and PSV, plus input from national associations.

EuroFIT is delivered by coaches at football settings, including stadia, over 12 weekly sessions of 90 minutes that are aimed at increasing physical activity, reducing time spent sitting and improving diet in a way that maintains change over the long term. Using cutting-edge behavioural science, including a “toolbox” of behavioural strategies to enhance sustained behaviour change amongst participants, EuroFIT also uses novel self-monitoring technologies in a bid to prevent, rather than treat, chronic illnesses associated with inactivity, such as type2 diabetes and cardiovascular disease.

Findings from the trial published in PLOS Medicine Journal (February 2019) showed that EuroFIT scored some major goals in the fight against sedentary lifestyles. The programme was shown to be highly effective at increasing levels of physical activity, but also leads to important improvements in weight, wellbeing scores and biomarkers related to health risks. In the randomised control trial men were split into two groups. The first group undertook the 12-week, group-based EuroFIT programme straightaway, whilst the comparison group waited until after the trial to participate. After a year, men who took part in EuroFIT were doing on average 678 steps a day more than the comparison group. They had also lowered their sitting time on a short-term basis, and improved their diet, and had increased wellbeing and vitality scores.

The results of EuroFIT support the growing evidence base demonstrating that gender-sensitized lifestyle programmes delivered by professional football clubs can play an important public health role in engaging under-served men in Europe. As such, UEFA’s “Football and Social Responsibility” Department is now working with its health and wellbeing partner organisation, European Healthy Stadia Network, to assist roll out of EuroFIT to further clubs and national associations (e.g. English FA, Portuguese Football Federation) across Europe.

EuroFIT is now available for organisations to implement at both grassroots and professional club levels.