Accueil » The IOC, refugees, and the olympic games: from an opportunity to a right!
categories:

The IOC, refugees, and the olympic games: from an opportunity to a right!

If sport is inherent in the human person, it follows that the right to sport is a consequence of the fact that a sportsperson, when considered generally, is an individual who has the right to practice the sport of his/her choosing. However, the fact is that, with competitive sport, this “right” is more of an opportunity than a human right.

This has been confirmed by some judicial decisions. For example, the French Conseil d’Etat has held, without prejudice to the special legal status of sport as a matter of general interest, particularly regarding the practice of high performance sport, neither the right to practice sport, nor the right to compete in sports competitions, are fundamental human rights within the meaning of the law. It has also been decided, in the United States of America, that there is no right to compete in organised sports competitions. For, when Congress was asked to counterpoise the right of players and athletes to choose the sport in which they want to compete, on the one hand, and the right of sports organisations to determine the eligibility of players and athletes (and the teams to which they belong) to compete, on the other, Congress even refused to legislate a right of athletes to compete internationally, but instead opted to create an “opportunity” to compete. Another court, held, in the context of the US boycott of the 1980 Moscow Olympic Games, that the matter at issue was an opportunity and not a right. CAS also held, in a dispute that arose during the Sydney Olympic Games, that there is no binding rule in the Olympic Charter that the practice of sport is a fundamental human right, which would, in any event, amount to the creation of an external limitation of Olympic ineligibility. 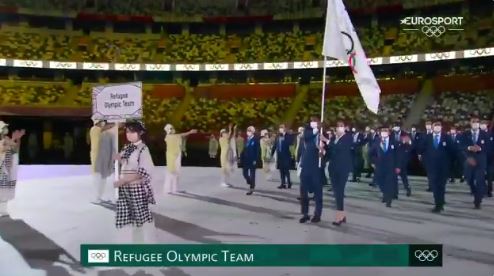 A genuine right to participate

In this context, the specific case of refugees falls to be considered: for although the UN, in 2018, encouraged physical exercise and the practice of sport by refugees, to prevent disease and promote health, this encouragement is unfortunately not so generally accepted with competitive sport. The fact that the International Olympic Committee, in 2016 and for the first time, permitted refugee players and athletes (nationals of South Sudan, Ethiopia, the Democratic Republic of the Congo and Syria resident in countries such as Kenya, Luxembourg, Brazil and Germany) to participate in the Olympic Games, under the Olympic flag, is therefore greatly to be welcomed. This decision of the IOC, in the exercise of its discretion as the owner of the Games, was despite the fact that the Olympic Charter provides that no one has the right to participate in the Olympic Games and despite the decision of the IOC Ethics Committee that the Olympic Charter does not equate “sport for all” with an unconditional right to take part in competitions. With this important decision, in practise the IOC granted these refugees a genuine right to participate and not just an opportunity to participate!