The social impact of sporting events

Measuring the impact of sporting events is back on the agenda, as the need to justify their organisation increases. This is even more true for major events, which require an big contribution from the public authorities and are thus in competition with other sectors. 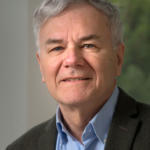 The financial aspect is the main consideration, particularly since the 1984 Los Angeles Olympic Games. Economists have shown the problems and shortcomings of attempts to measure this. However, this aspect certainly exists and is in proportion to the level of external finance raised by the event (broadcasting and advertising rights, tickets for non-residents and so on) which would not have occurred in the host region if the event had not taken place.

The first study into environmental impact dates from the 1980 Lake Placid Winter Olympics. This impact can be very considerable, but it is limited in time. There are now environmental labels (ISO 14001, 20121, etc.) which help organisers to limit the impact.

The Olympic Games Impact (OGI) method proposed by IOC-commissioned researchers in Lausanne in 2000 was one of the first to look at the impact of an event from the economic and environmental, and also the social, standpoint. This method is based on indicators in the three traditional spheres of sustainable development, and it was applied fully for Vancouver 2010 and partially for London 2012.

The method underlines the three problems inherent in the scope of these studies: the geographical region for calculating the impact; the time-scale for the impact; the link between the event and the projects considered.

Concerning the geographical area, it is advisable to look at the whole of the host region, or even the whole country for major events when it is difficult to come by regionalised statistics. For the time scale, there are three phases to be distinguished: before, during and after the event. For the Olympics, a ten-year study is necessary: 8-9 years of preparation, one month of Games (with the Paralympics), and 1-2 years following the closure. When it comes to the relevance of projects, only those directly linked to the event should be included, such as a stadium constructed for the event, excluding things which have been accelerated for the event, but which would have been developed anyway, such as transport infrastructure.

“How can the social aspect of an event be defined and measured?”

Once the scope of the event has been defined, how can the social aspect of an event be defined and measured? One way is to determine a limited number of indicators which will be measured precisely for the event. For example, the level of participation in sport, the number and type of people working for the event and the skills learnt, the feelings of local people, the visibility and image of the region, the number of articles on the event, of seconds of television coverage, of single visits to the website, and of posts and followers on social media. Although some of these indicators also have a transversal impact on the economic and environmental aspects, they can be linked to the social aspect, or a special study of the media impact can be carried out (like the study on the 2018 Ryder Cup in Paris).

Legacy is the term which will be used to talk about the very long-term impact, beyond the ten years for the Olympics. This will be studied by the local and regional authorities concerned, since they will still be there when the event organisers have left.