The VI edition of the European Week of Sport (EWoS) opened its doors in Frankfurt (Germany) for what will be remembered as a unique, and (hopefully) unrepeatable event, due to its necessary digital nature. Under the Council of the European Union’s German Presidency, last Wednesday and Thursday (23-24 September) Frankfurt virtually gathered European Commission officials alongside representatives of European sport, and health organisations to discuss the response of sport to the COVID-19 outbreak, and debating about the importance of promoting an active lifestyle within healthier and greener cities. Sport and Citizenship, as a proud partner of EWoS since its launch, active took part in last week’s events. 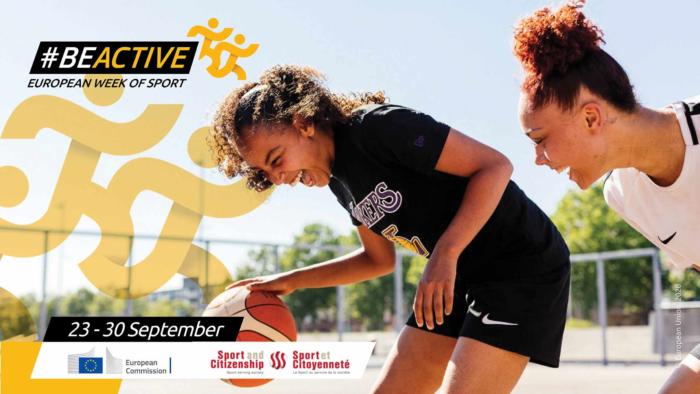 “Sport teaches us to be resilient, to adapt, not to give up, and to look at any challenge as an opportunity” stated Commissioner Mariya Gabriel during the opening ceremony, before announcing a conference on the impact of COVID-19 on sport scheduled for November 2020. Finally, to fight against the worrying increase of physical inactivity (especially among youngsters) the Commissioner laid down the four main areas of interest for the future of European Sport Policy: Health, Youth, Innovation, and Sustainability; while also sharing her commitment to further her predecessor’s Tartu Call for a Healthy Lifestyle. Throughout the Opening Ceremony, a lot of sport authorities had taken the floor: among them, inter alia, Peter Beuth (German Minister for Sport), Thomas Bach (president of the International Olympic Committee), Stephan Mayer (Parliamentary State Secretary in the Federal Ministry of the Interior), and three German sport ambassadors promoting the idea of cross-sectorial cooperation for sport, physical activity, and social cohesion. Commissioner Mariya Gabriel concluded the Opening Ceremony underlining the ultimate goal of the Commission, namely “tackling (the)worrying increase of physical inactivity in Europe”.

On Thursday, the “Partnerships for Physical Activity and Sports – Be(come)Active!” German Presidency Conference warmed up with Dr. Petra Wagneer (Leipzig University) who raised awareness on the importance the environment has on individuals to be physically active. Afterward, Jorn Wemmenhove  (Humankind- Agency for Urban Change) engaged viewers with an inspirational speech on active cities and the role of physical activity in contributing to a healthier lifestyle, but also to more active municipalities: “we should not just update our exclusive cities, but reshape them into inclusive areas for all”.

The morning session closed with two more specific tracks on cooperation between stakeholders and the sport community for a healthier society, and on the other hand, city networks and partnerships, moderated by Jacob Schouenborg (ISCA), and Philippe de Witte (Active Local Europe). In the after-lunch session, conclusions sketched by the two speakers had been followed by two practical cases about Health Enhancing Physical Activity (HEPA) portrayed by the State Sport Confederation of Hassem and the German Gymnastic Federation. Prof. Dr. Sylvia Titze (Graz University) with her speech about the promotion of an active lifestyle, opened the floor for the last intervention on the updates of the European Commission, made by the Head of the Sport Unit, Yves Le Lostecque. He underlined the Commission’s achievement in the field of sport, such as the implementation of small collaborative partnerships within the framework of Erasmus+, and the firm commitment towards the Tartu Call for a Healthy Lifestyle. Furthermore, future steps were also stressed: continuity from the previous Erasmus+ towards international cooperation through sport mobility within the new Erasmus programme, alongside  a higher budget, are currently on the table.

Physical activity as fil rouge for the entire event was contextualized into the world we are living in. Response to the pandemic, a greener, and more sustainable planet as a corollary to a direct and active impact of sport, and physical activity in our daily lives. These are the ingredients put forward by both the Commission and the German Presidency to reach a European sport movement that is Closer to Citizens, Smarter, and Greener.

For the sixth year Sport and Citizenship is a proud partner of the European Week of Sport. More specifically, we embrace and stand behind the priorities set out by the Commission and the German Presidency- to foster a more healthy, sustainable and green society. Although the PACTE project’s (Promoting Active Cities Throughout Europe) main priority is to tackle sedentarism by empowering local authorities, it also, indirectly, contributes to creating more green and sustainable environments- most notably through Active Mobility; while equally encouraging cross-sector collaboration. After 3 years, PACTE is scheduled to end December 2020, with its final event (webinar) to take place in November- more information on this very soon!

Our unwavering past, present and future commitment to advocate the societal role of sport and physical activity is also in line with the Tartu Call– amore cross-sectorial cooperation will drive to a more holistic, and comprehensive approach for sport, and physical activity. However, sport and physical activity will reach their full social, sanitary, and economical potentials when considered a central sphere, activity, and tool of our present societies. Perhaps the next step should include them as vehicles at the direct service of the European Green Deal?