Sport in the workplace

Journal n°22, by the Think tank Sport and Citizenship 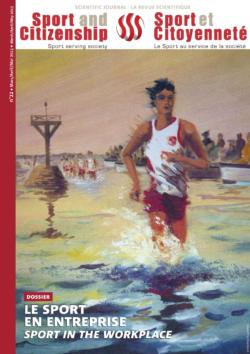 The beginning of 2013 marks the fiftieth anniversary of the Elysee Treaty, also known as the Treaty of Franco-German Friendship. Although it was not included in the original Treaty, sport is now one of the sectors that bring the populations on both sides of the Rhine together. The increasing number in exchanges, particularly through the Franco-German Youth Office, has given many generations the chance to get to know the others and their history and culture better and has served to cement the European construction.

To know the other, his/her history and expectations.. That is also the key to success in a flourishing relationship between sport and business. There are many connections between these two sectors: from economic relations to management techniques, sport and business are no strangers to one another. However, the current period of unprecedented financial crisis with increasing physical inactivity posing a real threat to public health, new problems are emerging. They imply a new redefinition of work, taking full account of well-being and movement in pursuit of productivity. They also require a new relationship with other stakeholders and the sports movement is in the front line. So how can physical activity be used to improve employee health?

“To make sport as a priority focus for regional policy”

Bernard Cazeneuve, Minister-delegate in charge of European affairs at the Foreign Affairs Ministry for France;

Special Feature –Sport in the workplace

“Sport in the workplace”

Sport for health and well-being in the workplace «

Marie-Cécile Naves, Head of mission at the Strategic Analysis Centre.

“CNOSF, CSR and Sport: a new economy of values”

“A factor for cohesion and personal development”

“A ‘Sport Corner’ at the European Parliament!” 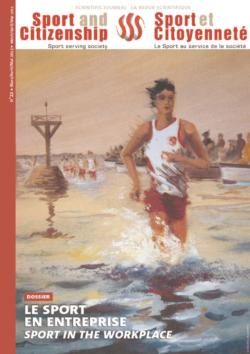