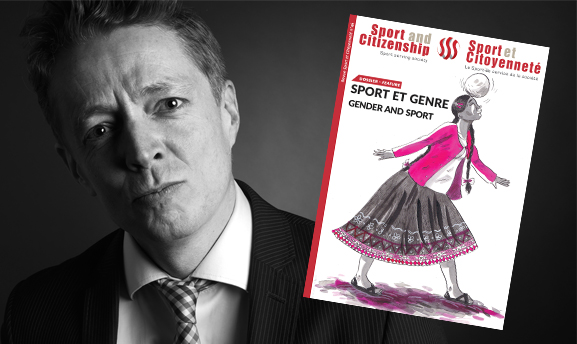 Sport has not only been internationally recognised as a basic human right – set out in 1978 by UNESCO in its International Charter of Physical Education and Sport – but is increasingly seen by both sporting and non-sporting international organisations as a development tool for society in general.

Sport as a development tool is one of the pillars of the Kazan Action Plan signed in 2017 at the Sixth International Conference of Ministers and Senior Officials Responsible for Physical Education and Sport (MINEPS VI).

For its part, the UN adopted the 2030 Agenda for Sustainable Development, where Goal 5 is to “Achieve gender equality and empower all women and girls”. Sport is specifically mentioned as “an important enabler of sustainable development” through its “growing contribution to the realisation of development and peace in its promotion of tolerance and respect and the contributions it makes to the empowerment of women and of young people, individuals and communities as well as to health, education and social inclusion objectives”.

The EU has also realised and instigated many important advances, from the White Paper on Sport (2007) to the legislation relating to equal treatment (Article 157 of the Treaty on the Functioning of the EU), integrating the gender aspect into all its policies (Articles 153 and 19), and adopting specific measures in favour of women’s emancipation, such as the creation of the European Parliament Committee on Women’s Rights and Gender Equality. In December 2015, the Commission also published its” Strategic Engagement for gender Equality 2016-2019”, following on from its strategy for equality between women and men (2010-2015), where sport is mentioned – combating violence and stereotyping linked to gender, with the aim of promoting women’s access to posts of responsibility (governance and coaching) in sport. In addition to this, every year since 2007, calls for projects on the question of gender in sport are launched. The Council of Europe also plays a role in these issues.

When it comes to international sporting bodies, they are ever more active: in 2017, the IOC and UN Women renewed a partnership devoted to empowering women and girls throughout the world, and the international association football federation, FIFA, is doing more and more to increase women’s participation in football and their access to posts of responsibility.

One of the Sport and Citizenship Think Tank’s major ambitions is in supporting, promoting and accelerating social change, by conducting projects, studies and organizing conferences on these topics. We are convinced that Sports Events (MSE) have no other choice than to accelerate liberating social changes and to measure the long-term quality and quantity of the sustainable legacy from their competitions. Sport must not be idealised, but neither must it be underestimated when it comes to the many ways in which it can contribute to gender equality and empowerment of women and girls. It is our responsibility and it is also our opportunity.