Sport and Citizenship embarked on a 36-month European project entitled Physical activity Serving Society (PASS). With the support of six other European stakeholders, EUPEA, FESI, ISCA, ICSSPE, Splint Institute and TAFISA and the European Commission; PASS undertook a timely campaign that investigated the present status quo of physical activity policies and practices across Europe – at a time when physical inactivity and sedentarism enjoy consistent growth. As the project is wrapping up, the time to share the recommendations is upon us. 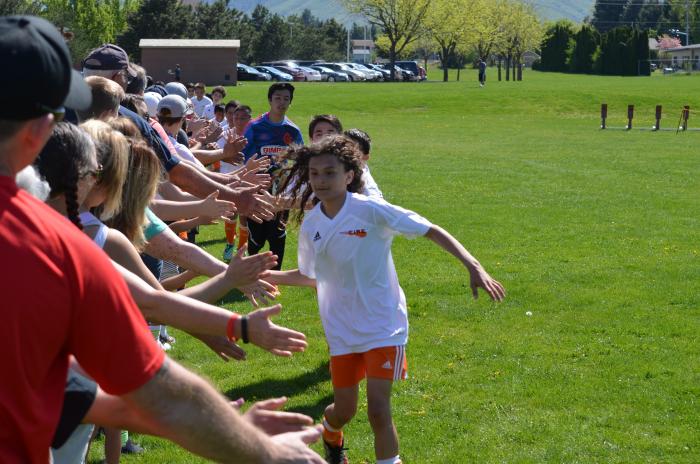 Sedentary lifestyle has taken over. An outstanding 42% of EU citizens do not engage in physical activity at all (The State of Physical Activity, 17) . Younger generations are no better off as 19% of adolescents in Europe are overweight or obese, a mere 16% of 15-year olds meet the WHO-recommended levels of daily physical activity (PA), and the latter declines with age. So-called “developed” countries across the world are undergoing the same phenomenon: since the 1970s, generations are less physically active than their peers were. And nothing appears to intercept this uncontrollable trend. Nowadays, kids have lost aerobic fitness and running capabilities in comparison to those of just four decades ago. Accordingly, this translates into a decrease of physical literacy where children no longer master basic movement coordination such as running, jumping, catching, kicking or climbing. This also translates into a lack of balance and confidence, together discouraging children from taking part in games or physical activities. Given the facts, and as the sole institutions reaching the whole population, schools have an essential role to play against sedentarism.

Sedentarism must be taken on at all levels

There is a high cost to doing nothing. Luckily there are opportunities to reverse this trend :the inactivity crisis is reaching such dramatic levels that for decades now general consent pleads for cross-sector collaboration, rather than intra-sector approaches, in the hope of reversing the trend. Most importantly, the issue has to be dealt with at multiple levels of governance.

On the European level a great leap forward would be for the European Framework for Key Competencies to formally recognise physical literacy the same way it has recognised “traditional” skills in foreign and mother-tongue languages, literacy, science, an “horizontal” skills such as cultural awareness, creativity, or civic responsibility. While acknowledging the limited powers of the EU in terms of education, recognition of physical literacy will spark a change in the traditional position granted to movement and physical activity in the school realm, and thus contribute to equipping every European child for a healthy and successful life.

At national level,   Sport and Education Ministries must pay greater attention to children’s routines and PA access. Hence, it is suggested that the relevant Ministries establish Health-Enhancing Physical Education Modules to train teachers and school professionals of all levels. Promoting motor skills and games may also be achieved by undertaking school development programs aiming to revisit the design of classrooms and playgrounds. A more affordable, and immediate, suggestion is to create school sport associations promoting their activities, on a compulsory basis for high school, and optional for the younger classes.

Although the latter are not to be swept aside, there is no point in waiting around for top-down changes to be implemented. Schools are the centrepiece in turning the tide of physical inactivity. Physical education is often boiled down to a single weekly session of a couple hours at school. An ever-growing paradox in light of the amount of research and evidence proving the direct benefit of movement on children’s cognition- including improved concentration, behaviour and academic performance[1]. So why tie children down for hours on end when they will benefit on all levels from regular movement? Establishing an “Active School” is within the reach of all, regardless of budget.

Active Schools strive to help their pupils reach the recommended daily PA levels. The watershed of Active Schools is to recognise the value of PE, and movement in the broadest of terms, and cease to perceive it as a lesser subject. All pupils should follow at least 3 hours of PE per week.

In relevance to the aforementioned, non-PE teachers can introduce non-sporting activities into their lessons and breaks – PA is more accessible than sport, and incorporating regular movement throughout the day proves to be a fruitful way of keeping kids interested.

The latter should be detailed in a Physical Activity Strategy created by the school and outlining the different ways they intend to help their pupils be active throughout the day, in and out of the school gates. In parallel, a Healthy Lifestyle Passport should be distributed as a guide to each pupil retracing the different forms of movement and possible points to be collected. Implementing active commute can start off in the simplest of ways as illustrates the Pedibus, a widespread system in French-speaking Switzerland and other regions of Europe, where parents walk children to school.

Budget is no obstacle

What is most striking about the lack of initiative is the general understanding that becoming an Active School requires consequent financial means. As illustrated above, reintroducing regular movement into children’s daily routines relies on knowledge, initiative and motivation. This article hopefully sketches the first.