Accueil » Can sport contribute to the European Green Deal?
categories:

Can sport contribute to the European Green Deal?

The European Commission adopted an ambitious package of measures in the European Green Deal. The aim is to cut greenhouse gas emissions by at least 55% by 2030, compared with 1990 levels. 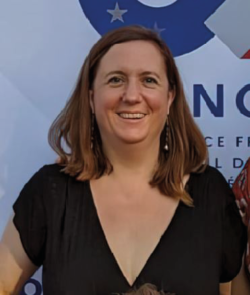 Sport, as a sector of activities, and also as an important part of our way of life, can and must contribute to attaining these objectives; In fact it is vital for people involved in the sector and those who do sport, because sport can only take place in a healthy environment.
The conference organised by the Sport Ministry at the European Parliament on 3 March, in the context of the FPEU, was aimed specifically at getting the European sport ecosystem into action around these issues, by making it aware of the reciprocal relationship between sport and climate change, and above all by showing that sport can be a vector for lasting solutions.
“Sporting activities make a lasting impact on ecosystems and biodiversity”, stated Yann Leymarie (Surfrider Foundation). He explained that there is waste linked with sporting activities and produced by doing sport, and also invisible damage caused by overuse of sites. The question of sporting events crops up, because they generate a lot of pollution, 70% of it caused by transport. Dr Karim Abu Omar therefore raised the question: “Why not think about smaller meetings?”He also pointed out that sport can also be a solution, by promoting active means of getting from one place to another (walking or cycling). Benjamin Billet (CREPS Auvergne-Rhone-Alpes) noted that “outdoor sports can be used to engage in behaviour which will restore damaged ecosystems”. Guillaume Chevance (Barcelona University) added that doing sport helps to boost resistance to the effects of climate change. However, he noted that “the more we use active means of transport, the more we are affected by air pollution.” For it is a fact that climate change has an impact on sport and can even pose a threat to certain activities.
When it comes to sports equipment, Jérôme Péro (Federation of the European Sporting goods Industry) confirmed that businesses are convinced of the need to connect economic and environmental interests, and adapt models so that they “change from linear to circular”. Arne Strate (European Outdoor Group) said that we also need to “examine the whole production chain and find the best ways of supplying energy to factories”.
As for major international sporting events (MISE), speakers talked about the introduction of labels, or price reductions for spectators using soft means of transport. According to François Ribeiro (Discovery Sport Event), media coverage also needs to be reconsidered. The Eurosport channel opted to create “a virtual studio in Europe” and to reduce “the amount of equipment and size of staff transported”. All the speakers agreed that good practices should be made more visible. The European Expert Group on Green Sport was keen to “propose a common framework for sport, by 2023”, as Peter Fischer (European Commission Sport Unit) explained.
Finally, Matthew Campelli (Sustainability Report) and Gloria Zavatta (Milan-Cortina 2026) concluded by affirming that MISE can also be catalysts for positive behaviour for the environment.

Find this article and more in our special magazine “Sport and ODD”! 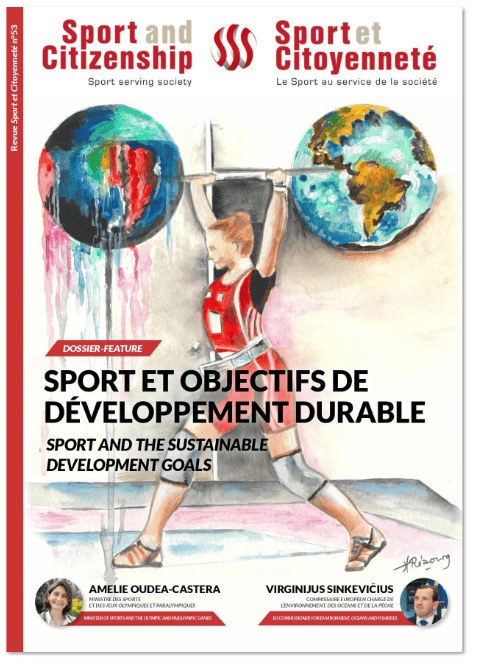