Sport and Citizenship embarked on a 36-month European project entitled Physical activity Serving Society (PASS). With the support of six other European stakeholders, EUPEA, FESI, ISCA, ICSSPE, Splint Institute and TAFISA; PASS undertook a timely campaign that investigated the present status quo of physical activity policies and practices across Europe- at a time when physical inactivity and sedentarism enjoy consistent growth. As the project is wrapping up, the time to share the recommendations is upon us. 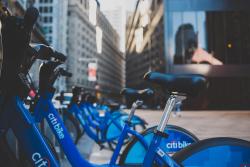 Lifestyle trends are changing at the speed of light, in every aspect, across the globe. Europe is no exception. Today near three-quarters of the European population live in urban areas- a drastic increase given they were home to half the population in 1950. It is further estimated they will host 80% of the population by 2050 European cities are on a roll.

Accommodating the vast majority of the population, cities have come under close scrutiny and have become the object of food for thought in tomorrow’s planning. While the Urban Agenda for the EU engages cross-sector collaboration in sight of shaping smart, inclusive, and green cities, the set goal is yet to be holistic. European urban development policies are wasting tremendous potential and resources, by omitting Active cities.

A hefty price to pay

An active city indulges the status quo of its inactivity crisis, to then strive to make physical activity, in the broadest of terms, as accessible as possible and even encourage it.

Sedentary lifestyle has taken European societies by storm, as 210 million Europeans are physically inactive (The State of Physical Activity in Europe, 37) costing the EU28 a yearly 80 billion Euros of healthcare. Roughly 80% of local decision-makers are unaware of the on-going sedentary crisis (The State of Physical Activity in Europe, 39), hence revealing the necessity to bridge the gap between knowledge and action. City-leaders possess the necessary provisions and competences to transform their built environment into movement-friendly spaces, for the benefit of their citizens.

Given the aforementioned amount of European urban residents, it is clear that cities have a responsibility in reversing the inactivity wave. This is all the more relevant given that physical inactivity is more acute to city-dwellers, who are subject to negative impacts of urbanisation upon their health (sedentarism and non-communicable diseases), environments (high density of industrial and transport pollution) and economies (poverty rise, unemployment, crime, etc).

Indeed, 74% of European citizens are not sport club members, as 42% claim they lack time for regular practice while 20% have no interest or motivation. Europeans have different approaches and places in which they do sport or physical activity: 40% exercise outdoors and in parks, 36% at home, and 25% through active commute to work, school or the shops. The latter all refer to the cityscape [1]. Research shows urban residents’ physical activity levels rise when the environment permits and encourages movement. Such efforts contribute to being an active city – that are pedestrian and bike friendly. It further implies they are well lit and safe, possess an efficient public transportation, and remove the barriers obstructing human activity.

The role cities must endorse for the well-being of their population is unmistakable. And it is further evident that physical activity must be brought to citizens. To do so, below follows concrete measures to take on in sight of becoming an active city.

Cities are the heart of European societies, epitomising an area within which a majority of citizens spend the better part of their life. They concentrate residents, workers, professionals, academia, but also public and sport infrastructures. With such cards in hand, cities must apply themselves to breaking the wheel of inactivity in a sustainable way. Thus, local cross-sector cooperation is necessary amongst all concerned stakeholders, whether they be from transport, urban planning, polices forces, or the sports clubs domain. Together, they must strive to provide and promote safe access to physical activities for all. A first step towards such a commitment is to ensure active commute.

Another requirement is to increase the visibility of active lifestyles and sports for all, which is founded upon improving data collection and measurement. At present the shortage in comparable data concerning current physical activity participation rates severely hampers large-scale comparisons. However, this also allows for policymakers and industry operators to see concrete evidence that PA and sport are no costs, but rather investments that ripple into all spheres of an individual’s life – for the better and without undesired effects.

These two steps point towards increased willingness to adapt the cityscape, so that spaces are designed or revisited for people to be active in. Public health professionals and urban planners must collaborate to create a more movement-incentive setting. Physical activity needs to be a priority, an apprehended solution, and be incorporated into administrative and master plans. The key factor here is a sustainable vision that outlives the current administration.

Finally, another concrete measure is to create an active city roadmap within the community that ensures the inclusion and involvement of all individuals regardless of their background, age or abilities. Cost-effective ways exist to broaden physical activity opportunities. They can involve reutilising facilities (lighting parks, opening school grounds, or car parks in the evening after working hours), teaming up with on going projects, implementing successful ideas in different areas, or even linking the strategy to a local issue. The latter boosts credibility by demonstrating physical activity can solve challenges outside its own sphere.

Active cities can no longer be overlooked

The role of cities is an essential one if ever when it comes to fighting sedentarism. City policies have a more direct and immediate effect on their citizens than national or European governments do. Cities are just as important as their higher authorities. Adjusting urban planning is only a short-term cost that results in long-term economical and social improvements.

Let us not forget that daily lives have equally changed under the eruption of social media, hence offering urban citizens the possibility to assume their own share of responsibility by initiating projects, choosing their lifestyles, and demanding a greater quality of life.