Accueil » Combating gender stereotyping in and through sport, all over the world
categories:

Combating gender stereotyping in and through sport, all over the world 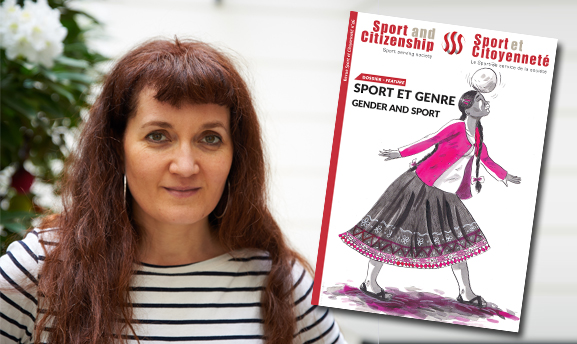 If we want to construct a society based on knowledge and recognition everywhere, sport can and must be used more, both as a lever in the collective fight against patriarchal social structures and a tool for the individual empowerment of girls and women.

Everywhere in the world, from a very young age, sport is still a space and an instrument for the social and political construction of a stereotyped masculinity and femininity, and the social roles that go with this. In Western nations, girls and boys are not encouraged to choose the same sports, or to do sport in the same way. That is why it is important to document these inequalities through research, particularly in human and social sciences, in order to provide tools to support public and private decision-makers. In France, schools are organised to be mixed, with equality between girls and boys. However, professionals in nursery schools and sports bodies lag behind in this respect, as does the awareness of families and social and health workers. Media and marketing wording and visuals also need to change to promote equality between women and men in sport.

There are still many regions in the world, however, where sport is not always open to girls, sometimes by law, but often because of the weight of tradition: being seen and moving their bodies outside the home in the public space is not allowed. Often, they are banned even from watching sporting events.

Yet sport is not only recognised as a fundamental right (UNESCO, EU, UN, etc.), it is also being seen by international sporting and non-sporting organisations as a development tool aimed at girls and women. In its Agenda 2030 for Sustainable Development, where Goal 5 is to “Achieve gender equality and empower all women and girls”, the UN mentions sport as a means of attaining this.

There are more and more schemes which aim to give girls of all ages and women access to sport[1], and which also rely on this to allow them to take their full place in society. Whatever the challenge: regaining self-confidence in and through the body; reconstructing identity after a forced marriage or rape; improving health; getting out of poverty; finding work or returning to education; or getting involved to help others, sport is a universal language, it inspires and it is able to transcend frontiers, cultures, beliefs and physical differences.

“An accelerator of social change?”

The 2019 Football World Cup must be an accelerator of social change in this direction for all nations and sectors of the community. The legacy it intends to leave regarding equality between boys and girls and the empowerment of girls and women needs to be followed up and measured in the long term.

[1] Marie-Cécile Naves, Sport as a means of empowering women and girls all over the world, e-book, Sport and Coitizenship, with the support of the Fondation CHANEL, May 2019