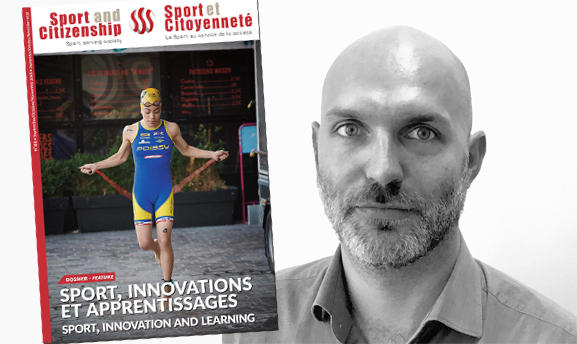 The eSports phenomenon is constantly growing, to the extent that it is now one of the most common forms of leisure in the world, particularly among young people. Its boom may call into question our vision of sport, but the innovations it brings with it contribute to the inclusion of all in doing sport.

Tokyo 2020 could be the first Olympic and Paralympic Games to welcome eSports as an invited discipline, since this competitive version of video gaming has become very popular in recent years with the success of online platforms. The latest study carried out by Médiamétrie revealed the astonishing fact that 5.5 million people in France watch eSports and nearly a million people play. In the light of this popularity, no one can say for sure that the discipline will not also be on the programme at the Paris Olympics in 2024.

However, there are still a few sad souls up in arms against this change. It is true that this “virtual” sport does not require the same level of preparation as a decathlon or the energy burnt in a 50km walk, but what about shooting and golf, which also demand technique, coordination and mental preparation.

The best argument in favour of fully recognising eSports should however be based on the fact that they are by far the most inclusive sport. It is actually the only sport that allows players with a physical or sensorial disability to compete against opponents without a disability, and a first generation of players with a disability has emerged, like Dayton Jones, who lives with spinal muscular atrophy, and Mike Begum, who has upper limb agenesis.

Technical progress (virtual reality, visual recognition), combined with the mobilisation of communities of players with disabilities, has accelerated their inclusion in leisure and competitive gaming. Associations such as Ablegamers in the USA and Handigamer in France have encouraged this development by developing controllers suitable for all. It is thanks to their impetus and with their cooperation that Microsoft introduced a new fully adaptable handset especially for players with a disability.

At the same time, game developers and the big studios chose a universal design, integrating differences in individual perception at the development stage, and thus allowing users very detailed configuration of the controls and graphics. It is this combination of consideration for each person’s requirements and technological advances in the control tools that make it possible for the greatest possible number of people to play, now.

It may seem paradoxical that the last sport to want to become part of the Olympics should also be the most inclusive, but its example must now inspire us to create sports facilities and support participants, whatever their level or degree of autonomy. Are we ready to meet this challenge in 2024?