Following the FIRE (Football Including REfugees) project’s first national conference held in Scotland (more on this very soon!) on September 26, 2019, the time has now come to take a look at the 4 selected pilot interventions that are set to take place across Europe, and be part of Fare’ #FootballPeople weeks 2019 campaign. 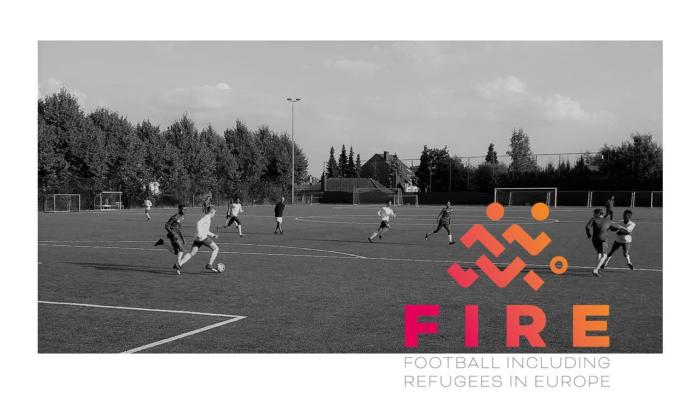 Running from January 2019 to December 2020, the FIRE project is now at full speed. In its pursuit to facilitate and increase local football initiatives that aim to socially include refugees, migrants and asylum-seekers, across the European continent, FIRE is currently working on the various elements that will contribute to creating a Massive Open Online Course (MOOC). Freely accessible online, the MOOC will be specifically elaborated for grassroots football clubs and organisations who seek some support and guidance to implement such initiatives.

A cornerstone of this process is the selection and funding of 4 pilot interventions, which will enable the FIRE consortium to keep in close contact with the perspectives, insights and challenges that can be met on the ground during the organisation and implementation of these inclusion activities. The pilot interventions further benefit from being an official activity of Fare network’s 2019 #FootballPeople weeks campaign, and will be in close contact with a FIRE project partner throughout the preparation, conduct and reporting of their initiative.

As we wait for the results and lessons learned from these pilot interventions, we can take a sneak peak at the winning organisations.

From Belgium, the grassroots and amateur club Voetbalclub Inter Hasselt is setting out to host a 5-a-side football tournament called the ‘Inter Meet Up Cup’. The event will include language and billiard workshops, food and beverages from various cultures, and seeks to include diverse participant profiles (migrants, asylum-seekers, refugees and homeless people).

Finally, ARCA- Romanian Forum for Refugees and Migrants will set up the ‘Intercultural #FootballPeople Championship’ in Romania. The event includes a conference on the inclusion of refugees and asylum-seekers in Romania through sports that will be followed by football championship with gender-mixed teams mixing local and the target group.

Keep an eye out on social media for further news on these pilot interventions following the FIRE project’s hashtag: #Foot4All !