MEP Stelios Kouloglox hosted the debate at the European Parliament of Brussels, on November 7th. With two speaker-panels the discussion unravelled into two main discussion topics, the first focusing on what must be done to combat corruption in sport, while the second concentrated more specifically on the prevention of doping and match-fixing. 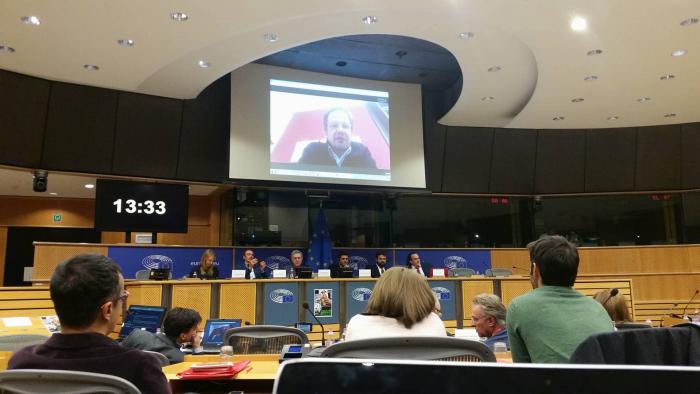 George Paterson, the Commission’s EU sport policy officer, emphasised the need to embed Good Governance in sport culture at large- a long yet necessary process. He further stressed that issues such as match-fixing require cross-sector cooperation in order to truly be tackled. The handful of events diagnosed with corruption possess a much more harmful resonance as they echo negatively across the whole sporting world.

The on-going debate between vouching for centralised or the current liberal regulations of sports surface throughout the talks.

Indeed, M. Paterson recalled the limitations to the EU’s competencies in sport, while in contrast Georgios Vasileiadis, Greece’s Deputy Minister for Sport, pleaded for European-centric regulations to protect sport, and notably young athletes from the variety of existing forms of corruption. The emphasis has to be on protecting athletes from falling into corruption schemes, and how to recognize them.

Along similar lines, EU Athletes’ Policy Officer Paulina Tomczyk explained how sport scandals and high-salaries only represent the smallest of minorities of professional athletes, since the majority of them struggle to provide themselves with minimum wage. But given few, broadcasted, exorbitant salaries and the weight of the sport economy, she called for sport to no longer be treated as an exception- sport must face financial transparency and accountability, a step towards good governance.

Research fellow at IRIS France, Pim Verschuuren strung similar notes to M. Paterson by stating that changing sport culture and media is possibly the most crucial step to a fairer and transparent sport, regardless of the time span ahead.

Dr Argyro Elisabet Manolo walked the attendees through the vicious cycle where, lax financial and corruption regulations are in fact a component to corruption by indirectly accepting it. Such an approach shoots itself in the foot as, it is then public and ethical sport money that are drained to fight corruption- affecting the sport world, and athletes in particular.