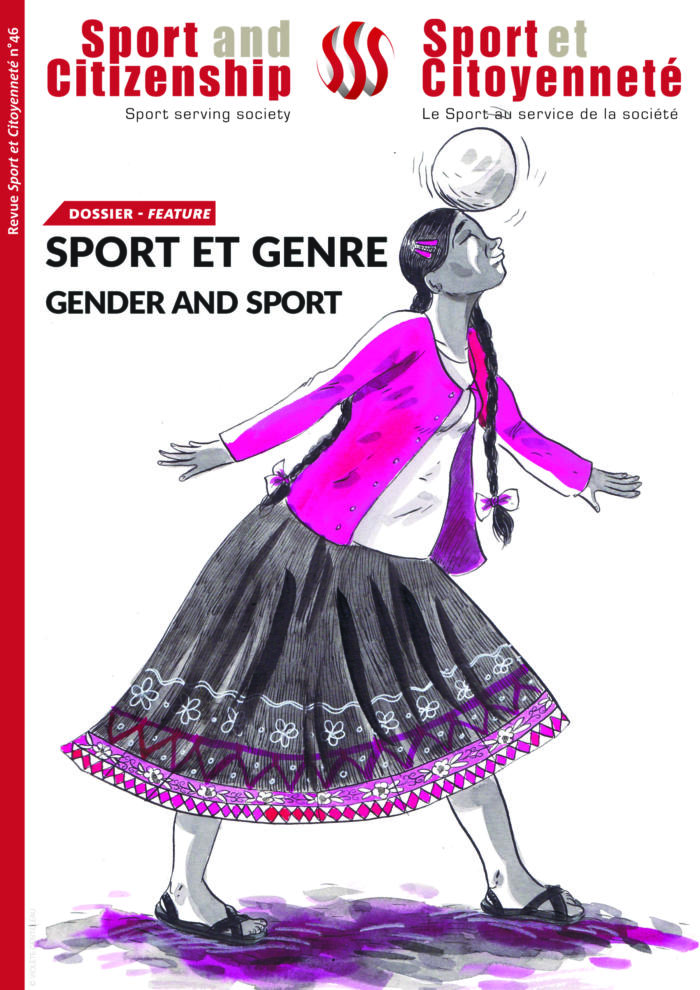 These initiatives should not be limited to football alone and must not be allowed to fade out after the closing ceremony. We need to make the most of this enthusiasm by adopting general measures to encourage everyone to do some kind of sport or physical activity, everywhere. Although the gap in sport participation is narrowing, there is still a lot of inequality between men and women, which is more or less marked depending on age and geographical location.

Of course, sport cannot do everything, but it should contribute to social progress.

In this review we are following up these lines of reflection, with different points of view.

« A major national cause »

« Putting Women’s sport in the spotlight »

Interview of Erwan Le Prévost, Director of the Organizing Committee for 2019 World Cup

Interview of Yann Cucherat, Deputy Mayor of Lyon in charge of sport, major events and tourism

« An accelerator of our sport’s structuring and popularity »

Interview of Candice Prévost, a former footballer at PSG and Ambassador of Sport and Citizenship

The Struggle for Women’s Football in the Middle East

On the Road of Normalisation

Albrecht Sonntag, Professor of European Studies, ESSCA School of Management and Member of the scientific committee of Sport and Citizenship

A Media Opportunity to Seize

Nicolas Delorme, Lecturer in STAPS, University of Bordeaux and Member of the scientific committee of Sport and Citizenship

The professionnalisation of women’s football – a distant reality ?

Women and sport: One Win Leads to Another

Gender Equality is the Move !

Combating gender stereotyping in and through sport, all over the world

Marija Cmkovic, Head of Service for International co-operation and EU funds, Central State Office for Sport of Croatia. Member of the Governing Board and Bureau of the Enlarged Partial Agreement on Sport (EPAS) and appointed as rapporteur for gender equality

An event’s social legacy : from plans to action

Michaël Attali, University Professor, Director of the VIPS Laboratory, Rennes 2, University and Member of the scientific committee of Sport and Citizenship

Jacob Kornbeck, European civil servant external lecturer at the German Sport University in Cologne and Member of the scientific committee of Sport and Citizenship

Sport and Citizenship in action !