Journal n°31, by the Think tank Sport and Citizenship 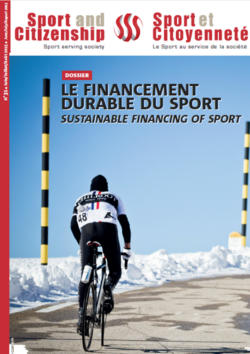 Since Tuesday 23 June 2015, Paris has officially been a candidate city to host the 2024 summer Olympic Games: a long-awaited decision which seems to meet with unanimous approval. The ceremony unveiling the French candidacy was organized with perfect timing on June 23rd, the official Olympic Day, in the presence of numerous medal winners as a testimony to this enthusiasm.

Paris will have to face strong competition from other candidate cities. Boston, Hamburg, Rome and Budapest all have strong cases for winning the bid. The fact that four European cities are in contention, however, raises certain questions. Should we reflect upon implementing a European strategy on the hosting of major sporting events? Two reasons could justify the creation of greater consistency: the IOC’s custom of alternating host cities according to their continent, and the cost of hosting the Olympics. This is the complaint most often heard to justify the fact that a city is not a candidate. By announcing Games which will be modest and reasonable (6 billion euros, or half the cost of the London Olympics in 2012), Paris wishes to take the opposite approach to recent examples, where organisational budgets far exceeded projected spending. There is no doubt that, if the bid is successful, public opinion will be particularly attentive to this point.

The financing and legacy of major sporting events, and, more broadly speaking, the funding of sport, with its needs to adapt to the context of crisis, are the main theme of this journal.

» We have to mobilise long-term investments «

» Public authorities have to ensure equal access to sport «

» Crowdfunding: a good opportunity for sport «