Journal n°32, by the Think tank Sport and Citizenship 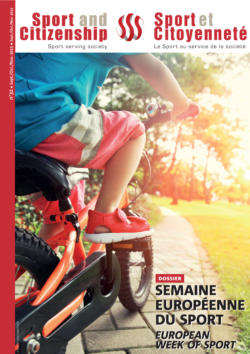 September is traditionally the month when people join sports clubs and associations, and September 2015 was marked by a series of events encouraging this.

First of all, a political move. In France, the Ministry of Education launched the Year of Sport in School and University, with the intention of encouraging young people to do sport throughout their studies, and mobilising the educational community around the values transmitted by sport. The educational milieu was also central to the 6th edition of the “Sentez-Vous Sport” programme. This week promoting grass roots sport, organised by the CNOSF was partly based around the National Day for School Sport (16th Sept.), which this year reached nearly 800, 000 pupils, their teachers and parents. It was a popular success which needs to be maintained and reinforced, particularly in the light of the Paris bid for the 2024 Olympics, as the CNOSF President, Denis Masseglia, outlines in this revue. This event is increasingly successful and it now fits into a more universal context, since the first European Week of Sport (EWoS) was held at the beginning of September, in 30 European countries, under the slogan #BeActive.

Although the impact of this week is not yet as important as other European schemes, this edition still served to launch the movement and bring together numerous stakeholders.

» Making EWoS an event that people across Europe look forward to «

» It is our responsibility to promote physical activity «

» Sport needs to get to work «

» A form of shared enjoyment which could lead to a dialogue «

» A city is competitive thanks to education, sport and culture «

» Why promote outdoor sports during the European Week of Sport?  «

Sport and Citizenship moves to the House of Sports!

A Toolbox for growth of the EWoS 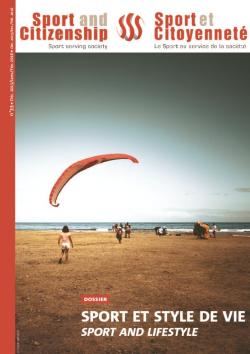