Accueil » The sport system and sporting culture in Australia – same but different
categories:

The sport system and sporting culture in Australia – same but different

Australia is often perceived as a driving force in all things sport, but how is sport organised in this continent-country? What societal issues are sport stakeholders facing, and what responses do they bring to the equation? Every month we will post an article from Dr Anna Gerke, associated professor of Audencia Business School and member of Sport and Citizenship’s Executive Board. 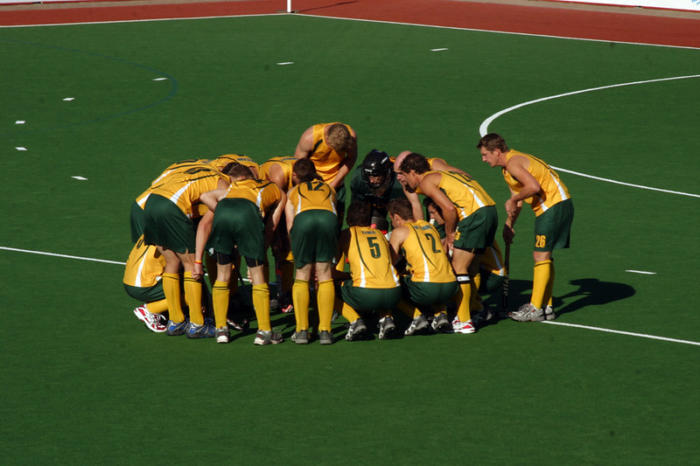 Australia is reputed a sports country, but how true is this reputation? What does Australia do differently to get people moving or to win more medals? I interviewed Geoff Dickson, Associate Professor and Director of International Partnerships, from Latrobe University. We spoke about the Australian sport delivery system and culture.

Can you describe the Australian sport delivery system?

GD: The sport delivery system in Australia displays all the characteristics of a complex adaptive system. That means there are lots of moving parts and there is a relationship between those moving parts. It is a well-developed system and follows the organisation of the country’s government structure. The country runs on a federated model with a national government, six state governments and local governments at city, town or shire level. The government started to invest in sport at all three levels since 1972 under the Prime Minister Gough Withlam as it recognised the benefits of sport for community development, socialising and public health. There are about 100 national sport organisations. These have state sport organisations that connect to regional sport organisations, which ultimately filter down to the club level. This is the federated or network model.

Some sports have challenged this traditional governance model, for example basketball and golf. They moved to the unity or unitary model called “One Golf” or “One Basketball” where state sport organisations are absorbed by the national sport organisation. The argument is that in today’s modern business world and availability of technology the federated model is no longer appropriate for sport governance.

Can you comment on the delivery of organised vs unorganised sport in Australia?

GD: Australia has a very organised ‘organised’ sport system but there has been growth in the unorganised sport over the recent years. There are two areas to highlight. One example is the sport of skateboarding, a sport that has evolved a lot over the last decades without the traditional sport delivery and governance model. Being now included in the Olympic Games, they have to work backwards and constitute a national skateboarding organisation.

The second example of unorganised sport is the development of the recreation, exercise, physical activity and fitness sector. The national, state and local governments are keen to see Australians move more. The physical activity agenda is well publicised and if that means doing sport, so be it. It is about fighting obesity mainly. Myself, I am arguing that sport is hijacked by the public health and physical activity movement and agenda. Sport is no longer attractive for governments to invest in if it is not generating health and/or economic benefits. Other softer benefits from sport such as social capital and having a good time do not count as much as they did before. Overall, the unorganised sport is well-developed through the private and public actors in the fitness industry.

Can you tell us more about the Australian sporting culture?

GD: Australia has a strong cultural connection with sport. However, this feature is not unique to Australia. There are other countries in the world where sport is pervasive throughout the community, political circles and the society in general.

Australia has indoor but certainly a lot of outdoor sports…

GD: Australia is a very big place with a climate and landscape conducive to outdoor activities. Australians are far more comfortable with playing sport outdoors than indoors. For example, 95% of swimming pools up in New South Wales are outdoors. Australia is well advanced in pure outdoor activities such as mountain-biking, hiking, parachuting, which all feed into a well burgeoning outdoor sport and recreation tourism industry. At any day in Australia you might find a place where it is snowing and there is a place with close to 40° Celsius. Australia has a great variety of topography with coastlines, reefs, deserts, rain forests, mountains, you name it and Australians like to be outdoors!

You can find more information about Australian Sports Strategy on: www.sportaus.gov.au