Since its creation, UEFA has conducted “Football Diplomacy” and can be considered as an actor of European cooperation.
A status that was notably built during the Cold War. 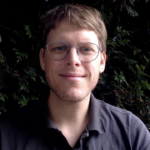 December 1955. The first leg of the quarter finals of the newly created European Champions Clubs’ Cup (which was to become
the Champions League in the 1991-92 season) opposes Real Madrid and Partizan Belgrade. The organisation of this match is a considerable feat since the two countries have not had any diplomatic relations for over 20 years. But for football’s sake, a solution is found.

This example bears witness to the capacity of football to transcend the divisions of international politics. True, political issues are never far from sports, and the “people’s game” had been exploited by several governments for political purposes since the interwar years. But in parallel with this process of instrumentalization, a new type of “football diplomacy” was progressively developed by the actors of the game (leaders of national federations or clubs, and even prominent journalists).

This football diplomacy takes a new turn with the establishment, in October 1954, of the Union of European Football Associations (UEFA). The principal objective of this organisation is to represent European football within the Fédération Internationale de Football Association (FIFA) and manage all issues relevant for the continental dimension of the game (television, calendar, betting, etc.). Very quickly, UEFA starts to be in charge of competitions for both clubs and national teams. Its actions have significant impact, due to the ever-growing popularity, and mediatisation, of football. Most importantly, UEFA is not a Western affair, but composed by thirty countries! As a result, its competitions overcome the seemingly unsurmountable Cold War divide.

“A SOURCE OF INSPIRATION FOR TODAY?”

It takes, however, all the diplomatic skills of UEFA’s top management to limit the influence of the international political context on its activities. A good balance of the different forces within its executive committee, the search for financial autonomy, the location of its headquarters in a country declared “neutral”, Switzerland, as of 1960 – these are the strategies developed by UEFA’s elite officials since the body’s foundation. Overall, they manage to mitigate the tensions, and their success in setting up exchanges that go much further than those attempted in other fields, makes it perfectly justified to consider UEFA a genuine actor of European cooperation. This situation is even enhanced during the 1960s and 70s when the matches of new Europe-wide competitions are broadcast via both the Eurovision network (in the West) and its counterpart Intervision (in the East), bringing together millions of Europeans all over the continent around the same event. The members of UEFA’s top management of these decades have thus managed to cooperate beyond their political differences. In the light of recent events due to the COVID-19 crisis, which revealed a lack of unity among actors of European football, the football diplomacy of Cold War times and the continentwide cohesion it generated should be a source of inspiration for today’s actors.