5th Sport Infoday: yet another testimony to the growing interest for European sport 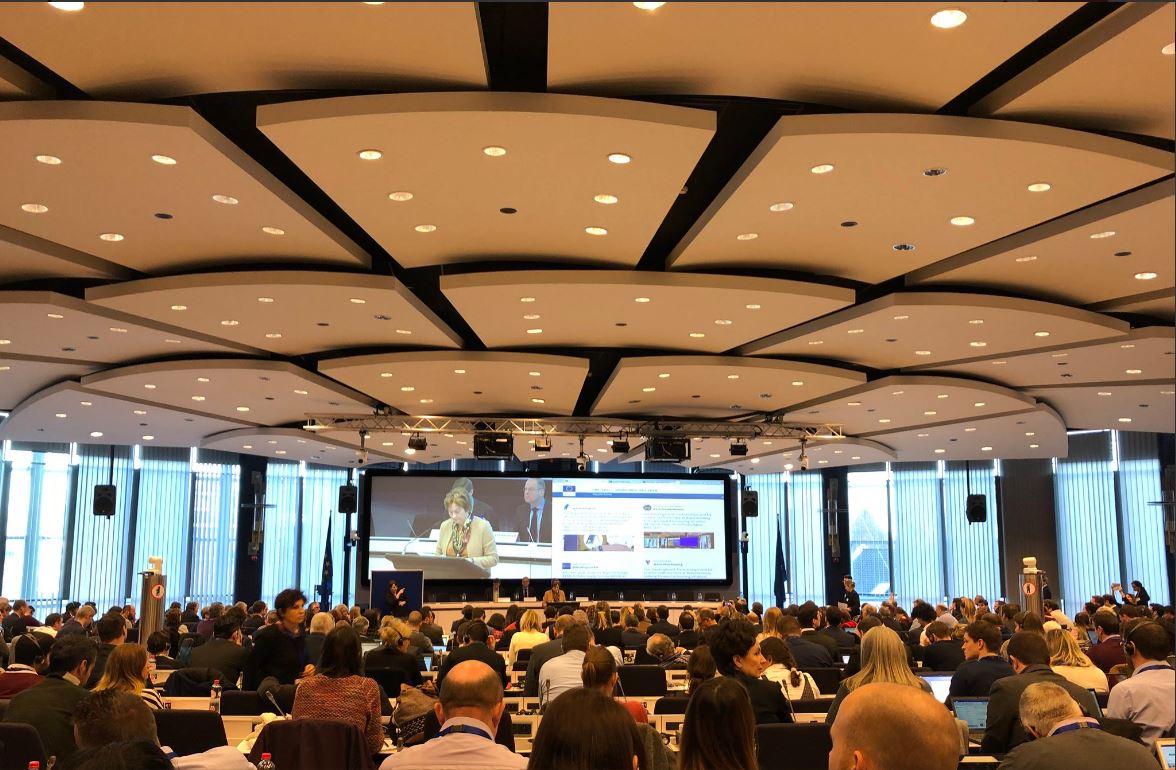 With an overwhelming amount of participants, the 2018 Sport Infoday, held in Brussels, successfully brought together European sport stakeholders in sight of the approaching call for proposals. With a total of € 266 million available for the 2014-2020 Erasmus + programme, € 37.4 million has been allocated for the upcoming call for proposals, for which the deadline is April 5th, 2018. This year’s budget will roughly be allocated as follows: € 23.4 million for Collaborative partnerships, € 6.5 million for Small Collaborative partnerships, and € 7 million for European not-for-profit events. No particular changes are noted for the 2018 edition, although the applications have been simplified somewhat, especially for small collaborative partnerships. However it is worthwhile to mention that the final agreements of the current Brexit negotiations will effectively impact British project organisations. In as such, under the possibility where Great Britain would fail to conclude an agreement concerning the Erasmus programme, British applicants will lose their eligibility, and those participating in undergoing projects will receive no further funding, or may even be required to leave the project.

Commissioner Navracsics shared his pride in regards European institutions and sport stakeholders’ achievements, rendered possible thanks to the funding. While the Erasmus programme is by far one of the most iconic European initiatives, the Commissioner called for European sport actors to not rest upon their laurels, but rather for them to share their visions and experiences in the public consultation, and thus play an active role in shaping the post-2020 Erasmus programme. Showcasing the progress and utility of the programme is crucial, now more than ever, as the post-2020 EU budget is under negotiations- including the Erasmus fund.

The importance of respecting the EU Work Plan for Sport (2017-2020), and priorities it has defined, is a crucial component to proving the Erasmus fund is being spent in an intelligent and useful manner. As of such, the attributes of the programme rely on the quality of each and every project selected for funding, by the likes of Sport & Citizenship’s PASS and PACTE led projects. As a quick reminder, these priorities evolve around themes where the EU can showcase added value- the integrity of sport, the economic dimension of sport, and sport and society.

The event was also the opportunity for the Bulgarian Presidency to present their goals in the sport field that are promoting European values through sport, anti-doping, grassroots sports, and bridging the gap between tradition and innovation.

In the same stride and as was announced, the mid-term evaluation report on Erasmus + programme has just been published.