Sport and Corruption: Conclusions of the IRIS Programme

Journal n°27, by the Think tank Sport and Citizenship 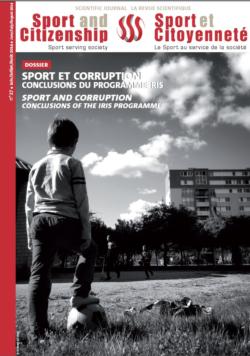 It can no longer be claimed that European sports authorities turn a blind eye to the dangers of match fixing. Even though some scandals still make the headlines, during the last two years a lot has been done: there have been numerous education campaigns, specialised police services have been set up, disciplinary regulations and laws have been passed, sanctions have been imposed and monitoring systems have been put in place. All these measures followed several years of accumulated scandals in Europe, involving ever more countries, sporting disciplines and competitions, and a lack of response from the authorities. Unlike doping, which took several decades to infiltrate sport, the manipulation of matches for financial reasons took hold quickly, as a result of the sudden emergence of the global market in online sports betting, which developed so rapidly that it escaped, and still escapes, any meaningful regulation.

Although these measures are being generally implemented, there are still wide variations between the exposure of different countries and different sporting disciplines to the threat of match fixing, and also between the responses provided in the attempt to protect the integrity of sport. Similarly, it should be emphasised that policies have only very recently been implemented and that cooperation is needed between sectors which have hitherto had very little contact: sports betting regulating authorities, sports governance and the relevant police and judiciary services. The fight against match fixing began as a matter of urgency and with difficulty. It is now time  to make a first assessment of what has been done in Europe by comparing experiences indifferent countries, so as to identify successes and failures in order to draw up policies of appropriate responses.

“The European Commission and the fight against match-fixing”

“What National networks in the EU to fight against match-fixing?”

“Betting-related match fixing in the EU 28: A European Study”

“The Council of Europe convention: an important step” 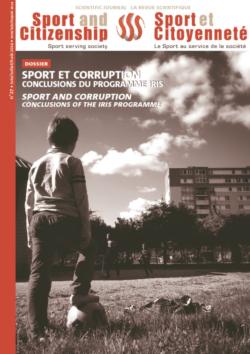