Journal n°21, by the Think tank Sport and Citizenship 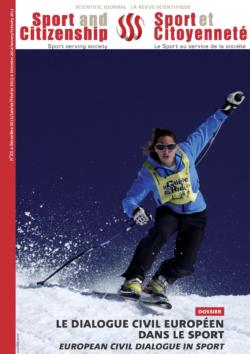 The fight against doping and corruption was on the European sport Forum’s programme at Nicosia in mid September, and in thi journal you can see the main conclusions reached.

We think EU action in sport is justified for another reason: the need to reinvent a European sentiment today. The current crisis engenders tension and parochialism. Economic Europe is wavering, and with it the European project. Every four years, at the time of the Olympics, the idea of a single European delegation arises. However romantic (unrealistic?) this idea may be, it does least raise question about Europe and highlight unifying rather than divisive factors. Sport is definitely in the first category.

“Associations are still not part of the European debate”

Viviane Reding, Vice-President of the European Commission and Commissioner for Justice, Fundamental Rights and Citizenship.

“Involving civil society to give new meaning to Europe”

Staffan Nilsson, President of the European Economic and Social Committee.

“Physical activity: a weapon in the fight against breast cancer in Europe” 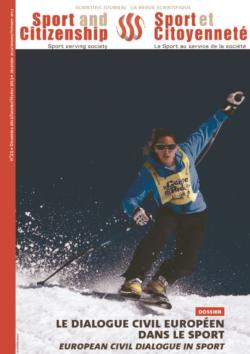