The Values of Sport

Journal n°14, by the Think tank Sport and Citizenship

To attempt to give a definition of European identity today is a big challenge. Thirty-three years after the Treaty of Rome and eighteen years since the creation of the European Union, we are forced to acknowledge that is it still difficult to come up with a precise definition accepted by all. Such a definition would, however, be based on a sentiment, a sense of belonging to the same community and a desire to live together, stemming from the sharing of the same values and aims.

The pleasure of taking part in sport is common to all European countries, above and beyond their differences. This love of sport unites Europeans much more than it has ever divided them.

Seàn Kelly, Member of the European Parliament, and Former President of the Gaelic Athletic Association and former Executive Chairman of the Irish Institute of Sport;

André Antoine, Vice-President and Minister of Sports of the Walloon Region, and of Belgium’s French Community.

“Sport as a way to European Citizenship”

“Sport as social glue or poison for Europe?”

“Sport and the construction of identity in Europe”

“Football and European identity: between xenophobia and cosmopolitanism”

“Sport and identities in Ireland”

“The impact of sport regulations on the European identity” 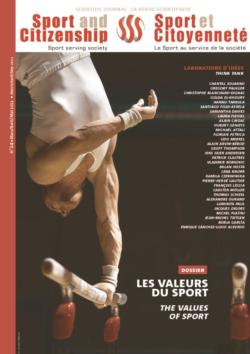